This Friday I will be doing an online radio interview with eMarketing Talkshow about “Push and Pull Online Public Relations”. I’ll be talking with Cindy Turrietta about the market opportunity with online PR, explaining the concept of push and pull with examples of each as well as considerations on measuring results.

With all the buzz about optimizing and marketing with social media as well as the emerging meme in public relations on the social media news release format, there is an opportunity to help marketers better understand how these concepts can be applied in a practical manner.

Too often tactics get promoted as the latest and greatest trends without any substance or real world references. This interview is intended to provide a framework for understanding how marketers and public relations professionals can increase their reach and ability to be found by consumers as wel as the media by incorporating SEO concepts along with PR and social media.

Yahoo Search Marketing sent out an email today announcing changes. Some of the manage bids information will be removed and replaced with “Estimated Average Position” and “Bid Range for Top Positions”.

Here are the details from the email:

In early December 2006, some of the information on the Manage Bids page will no longer be available. We will be removing the “Top 5 Max Bids,” “Position” and “Your Cost” columns from the current account interface. The View Bids tool will also be removed.

These columns will be replaced with two new columns of data:

View the updated post with easier instructions on getting Flash into WordPress.

Just when I think I got all my embedding issues figured out with Viper, I find out it doesn’t work with basic Flash files (swf). So I was one again on the plugin hunt.

In no time at all I ended up at Kimili’s site and found the Kimili Flash Embed for WordPress plugin. Upload one file, activate it and then use special code to embed a Flash file into a WordPress blog post. It’s that simple. Still, I’ll never remember the special code, but that’s easy enough to find again as it’s listed on the Plugins page.

There is also a Textpattern version for those of you running that software.

Getting Flash (swf) into WordPress

One of the blogs I’ve recently added to my blog roll is Joe Morin’s Travels and I noticed a post he made about some kind of marriage proposal during the Super Bowl he’s going to be promoting. Don’t worry ladies, Joe’s not the one doing the proposing. (800,000 women sigh relief)

What he’s doing, or promoting at least, is along the lines of the Million Dollar Home Page and the One Red Paperclip promotions where a site, or in this case, the My Super Proposal blog, is asking for donations big and small for a good cause. Except this viral marketing promotion is being used to finance a commercial for the Super Bowl in which a fellow named “JP” will propose marriage to his girlfriend. According to the blog the goal is to raise $2.5 million. That’s a very, very big goal but it looks like $73k has been raised so far.

Andy Atkins-Kr?ºger is covering the Search Engine Strategies conference in Paris this week and today quotes Francois Bourdoncle, CEO and founder of France-based search engine Exalead in the opening keynote of Search Engine Strategies Paris as saying . “We‚Äôre all helping to create the Google monster” and calls the major search engines the ‚ÄúWalmarts of the digital world.”
Bourdoncle also has thoughts about the Google, Yahoo MSN Sitemaps collaboration: “The sitemaps specification is not nice and open and it is not nice and closed‚Äù. He believes the initiative aims to close the door to new entrants to the market place.

I guess this guy’s trying hard to stand out by being critical when what he should be focusing on is what, if any, positive advantages new search technologies will bring consumers.

At the upcoming Search Engine Strategies conference in Chicago I’ll be sitting in on a panel about social media optimization. Panelists include Rand Fishkin, Neil Patel, Andy Hagans, Todd Malicoat and myself. The SES San Jose version of this panel included Chris Pirillo and Danny was nice enough to allow me on the panel. I am very much looking forward to hearing and participating firsthand with some of the top SMO practitioners.

At Pubcon in Las Vegas WebProNews did a great interview with Rand, Todd and I where we touch on the whole social media optimization and marketing topic. I won’t be giving a Powerpoint presentation at SES, but I will get few minutes to share my thoughts on SMO.

Having recently switched to an online feed reader (Google Reader) a bit ago, I’m finding out I like it a lot. It’s not perfect, but then again, what feed reader is?

Here are five reasons why you should be using an online feed reader as opposed to a desktop application (including those as part of your browser):

Five reasons why you should be using an online feed reader. 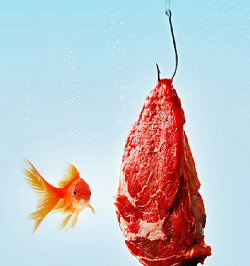 SEO is constantly changing, but at the same time, the more things change the more they seem to stay the same.¬† Yesterday’s viral marketing becomes today’s linkbaiting. Despite changes in SEO tactics and nomenclature, the fundamentals stay the same: content and links. In order to keep up with these kinds of changes, smart online marketers are continuously revising tactics and execution to provide companies with a competitive advantage.

One of those tactics focuses on both content and links by promoting unique content that propagates virally through social news, blogs and network sites. This viral online marketing tactic is more commonly called “linkbaiting”. Regardless of what you call it, companies are starting to allocate marketing dollars to these tactics and search marketers are responding with new services.

I first met Lawrence Coburn when we presented together on a Public Relations panel during a WebmasterWorld Pubcon conference in Boston. Lawrence told a great story about being at the right place at the right time and taking proper advantage to build publicity for his web site, RateItAll.com.

At the recent Pubcon conference in Las Vegas, Lawrence presented on a panel about viral marketing where he focused on using widgets as a way to drive traffic and links. Unfortunately, I was not able to attend this session since I was presentingon a different panel at the same time, but Karen and Jolina did and they came back with excellent feedback. Multiple people mentioned this session to me actually, including Rand Fishkin in this video interview.

Today makes me think of the many, many people who I am very greatful to for sharing insight that has been instrumental to our business sucess, that have made important introductions and referrals or provided opportunities for us to take our biz to the next level. Many of these people probably have no idea what they did that was so helpful, but they did and it is very much appreciated.

I’ve been searching and searching for a good way to get videos embedded into a WordPress blog post and the best was was to turn off the WYSIWYG editor. Well not any more. Viper’s Video Quicktags could be the best plugin around.

What’s so great about Viper’s Video Quicktags? For starters it works with YouTube, Google Video, WMF, Quicktime and FLV files. But the kicker is it adds buttons to your WYSIWYG toolbar.

This is a big feature as I may know how other plugins work, but remembering, or telling someone else, is a bit harder. With Viper there is just an icon to click on and it tells you want kind of ID it needs. Simple and effective. Plus it’s a snap to install.

SEMPO is running their State of the Search Marketing Industry survey again and I would encourage anyone working in the field to take a few minutes and fill it out. The survey provides excellent insight into the direction of search marketing budgets, tactics and trends.¬† I know I’m curious to see how it compares to the Marketing Sherpa Benchmark Guide 2007 data.

Also, there’s a giveaway for those of you that need that kind of incentive.¬† “As a thank you to everyone who participates in the survey, each respondent will be eligible to win one free full-conference pass to any Search Engine Strategies (SES) event in 2007.” SES conferences passes are in the range of $1200-$1500 so that is a nice prize.