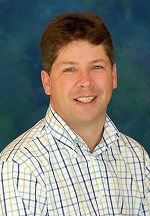 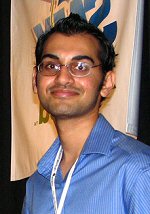 Next week the next of the Search Marketing Expo (SMX) conference series kicks off in New York: SMX Social Media. Developed by search engine industry legend Danny Sullivan and social media guru Neil Patel, the agenda for this event mixes strategic direction with plenty of practical advice sessions ranging from social news to social bookmarking to social networking with a double dose of Wikipedia on day two.

Danny and Neil were good enough to take some time out just a week before the conference to do a short interview covering the adoption of social media marketing by old school marketers, social media as a stand alone marketing channel, breaking out the crystal ball on the future of social media and rating which of the most popular social media sites will be successful. 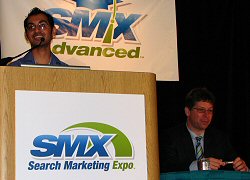 Within the SEM industry there are plenty of early adopters on the agency side and that means a minority making loud noises about marketing with social media. There are still plenty of old school marketers and brands in control of significant budgets that have not yet adopted standard search marketing, let alone marketing with the likes of YouTube, StumbleUpon and Wikipedia. What can agencies do to make it easier for old school marketers to be “assimilated”? Should they be?

Danny:
Probably the easiest thing is to point at are the case studies that are out there where people are succeeding with social media. Combine that with the always favorite, “If you could go back in time pitch.” Those who have belatedly come into search often realize they should have started much sooner. I think that remains a powerful pitch with social media. Do you really want to be playing catch-up again?

Neil:
The most effective ways I have been able to convince â€œold school marketersâ€ to incorporate social media is to show them examples of past companies that have succeeded in the social web and most importantly ones that are related to their clients. It is always great to use case studies as Danny mentioned, but if you canâ€™t get any hardcore numbers, I recommend playing the angle of â€œyour competitors are doing it, so you better jump on board while you canâ€.

In a guest post Ron Belanger of Yahoo recently contributed to Online Marketing Blog, he mentioned social search and perhaps inferring social media in general, as a third option for marketers in addition to SEO and PPC. Do you agree? Should social media be considered a channel on it’s own on par with PPC and SEO?

Danny:
Yes, I do see social media as a standalone marketing venue. That also means that some people might only do social media but not do search. Still, the two go well together. I did a piece earlier this year where I talked about social media as being a kissing cousin to search. There’s plenty of traffic to get directly from social media, but it can also be a driver of links and impact a brand presence in search results.

Neil:
I see social media as a standalone solution. Although many marketers are leveraging social media in hopes of getting links, then is much more to it. Leveraging sites like Facebook that can drive over 100,000,000 pageviews a month and can provide tremendous growth for a business. Due to the endless advantages social media can bring to a business, it should be seen as third option.

A few years back, companies used to “beg, borrow or steal” budget from other marketing channels in order to invest in search marketing. Now search marketing has it’s own cost center within many organizations. Do you see or anticipate the same thing happening with social media?

Danny:
I do think history will repeat itself, though social media might be easier in some respects as being seen as more “sexy.” Facebook, for example, might seem more fun than SEO. Developing interactive applets may sound more thrilling than changing title tags and ensuring a site is more search engine friendly.

Neil:
I think it’s already happening to social media, but not on a wide scale. The problem with social media is that it is very difficult to calculate ROI (before you do the campaign) because you canâ€™t predict the results. Due to this it will take years before it gets mass adoption from marketers.

Let’s say you bump into a business owner at a party and in the course of chatting you are asked to describe/define what social media is. How would you explain the benefits of social media as well as the rationale of sending staff to training programs/events like SMX Social?

Danny:
I’d first explain that social media has different classes of sites: social news sites, social bookmarketing, social knowledge and social networking are the four we’re covering at SMX Social Media. Each type of site may have its own benefit, from brand awareness to driving direct traffic. The benefit is pretty easy — there’s traffic to be had, and there are still only a small number of people, really.

Neil:
When people ask me what social media is, I explain that it is a medium that allows individuals interaction over the web. For example MySpace and Facebook are two social websites that allow people to interact.

The benefits of these social sites are that you can more precisely target individuals and market to them on a wide scale. For example, with Facebook, you can get the background information of millions of people (with a little work) and gain millions of eyeballs for a very low cost compared to television.

The reason companies should attend these training seminars or conferences are so that they can better learn how to leverage the social web. There are hundreds of unwritten rules and if you break any it can harm your companyâ€™s reputation.

Now it’s time to break out the social media crystal ball. The following is a list of some of the social media sites that will be discussed at SMX Social. Please rate on a scale of 1-5 with 5 being most positive, the likelihood of success (compared to now) for the following social media web properties in the next 3-5 years:

Danny:
Likelihood of success is so hard to say, simply because most of them are likely to be successful in various ways. Some might be huge successes in terms of traffic, while others might be successful with thought leaders. These particularly impress me in terms of their future:

While we have that crystal ball out, do you have any other predictions on the future of social media in the next year?

Danny:
Well, I think the obvious prediction is that one or more of the sites out there on their own will get absorbed by some of the major portals.

Neil:
Social sites are going to open up more to the users than they currently are. For example Facebook took the first dive by creating Facebook Apps and now we can expect the others to follow.

What 2-3 social media sites do you use personally the most often?

As an official media sponsor of this SMX conference, TopRank Online Marketing Blog’s Dana Larson will be covering the event in the same creative style you’ve seen in her previous work with Search Engine Strategies, San Jose. If you’re attending SMX Social Media, be sure to say hello.