Are you a small or medium sized business owner that would like to get insight on a range of internet marketing topics? Next Wednesday, (Oct 29) 1 – 3:30 p.m. EST Network Solutions is holding the “Solutions Stars Video Conference,” a series of videos and live discussions featuring 32 internet marketing experts and entrepreneurs from every angle you can imagine from SEO to social media to whatever it is that Tim Ferris does. Seriously, this is one heck of a lineup and I have no doubt it will be exceptional.

This will be a live video conference focused on coaching small business owners and entrepreneurs on how the Internet can benefit their business. Nine content areas featuring vignettes of the Solutions Stars will run during the conference:

As much has been publicized about brands using social media to better connect with their customers, extend brand reach and increase sales, there’s still a high demand for practical insider advice and case studies.

To preview the upcoming BlogWell event Oct 28 on How Big Companies Use Social Media, Online Marketing Blog brings you this first ever group interview with 4 speakers from some of America’s best known brands to share their insights on defining, justifying, testing, outsourcing, measuring and continuing to learn about social media for the enterprise.

We continue our Search Engine Optimization Basics series of posts this week with a question from a marketer that is dealing with issues related to moving a web site to another host and possibly updating the content management system and design.

Will changing our web site affect our search engine rankings?

As with many SEO related questions, the short answer is, “It depends”.  The first thing to clarify is what “changing” means. Outside of changes to content, keyword usage and incoming links, common changes to a web site that affect search engine visibility include:

SEO Basics: Will Moving or Changing My Site Hurt Rankings?

Some web hosts do not allow for plugins such as Akismet to function properly. This is because they turn off the PHP function fsockopen for security reasons.  When they do this, any plugin that connects to an outside source doesn’t function correctly.  The biggest issue then is the inflow of spam.

I’ve found two plugins that seem to help take control of spam comments and trackbacks when Akismet isn’t available.  Neither are perfect, but together they make a world of difference in the fight against spam.

The first is Cookies for Comments.  This plugin places a cookie into the visitors browser when they arrive at your site.  Once they leave a comment, the plugin checks to see if that cookie exists.  If there is no cookie, then it’s marked as spam.  From my testing, it works quite well.

How to protect your blog without Akismet.

Whether to blog or not and exactly how to do it are big questions for many companies that have not jumped on the business blogging bandwagon yet. For companies that want to learn, there are many channels to choose from ranging from the many articles we’ve written on blog marketing and more recently, this roundup of news stories from the social web:

Blogging Becomes Mainstream – eMarketer article by Senior Analyst Paul Verna, “Blogging has become so pervasive and influential that the lines between blogging and the mainstream media have disappeared.” Data from a survey run by Technorati and Decipher.

Why Pharma Fears Social Networking – Not all indusries are keen on blogging and this article from BrandWeek explains the push behind the Pharmaceutical industry to get on board with social media.

Next weekend, I will be deployed to Detroit, MI  to attend 2008’s PRSA International Conference titled “The Point of Connection” and will be sharing thoughts on several sessions, in addition to general overviews of the event itself, on behalf of Online Marketing Blog readers. So what am I looking forward to most about the PRSA International conference?

Visiting Detroit, of course!  When most think of Detroit, they will no doubt reflect on the history of Motown, past flawed baseball greats such as Ty Cobb and Denny McClain, or “Detroit Rock City”.  My nerdom leads me elsewhere, however.

For me, Detroit will always be immortalized as the city that hosted the monumental world premiere of  “Night of the Demons” in Halloween of 1988.  Per IMDB’s invaluable trivia feature, had this filmed opened nationwide with the numbers posted in Detroit, it would have ranked among the top grossing horror films of the decade.

TopRank Marketing has been fortunate to present at the Direct Marketing Association annual conference for 4 years in a row and a 5th appearance several years before that. (See photos from DMA07 here) Over 10,000 marketers attend the DMA show making it the largest marketing conference in the world and with this year’s show being held in Las Vegas, it should be another great event.

The DMA has traditionally been known as an organization steadfast in marketing principles and rooted in traditional marketing education but has made quite a bit of progress in the online marketing space with it’s Search Engine Marketing Certification program and upcoming attention to social media.  In fact, this year’s DMA08 show includes online marketing sessions on: 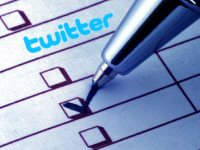 Microblogging is hot with the shiny new object set and as the practice of Twittering extends beyond early adopters and gets more mainstream media coverage, the crowd will get hungrier for more functionality. I don’t know about you, but I’m hungry for more Twitter functionality now. Check me out onTwitter here.

Whether the enhancements come from all the amazing third party Twitter applications or from Twitter itself, I really hope many of these updates happen soon.  Here are a few items on my Twitter wish list:

It seems that WordPress updates come down the line quite often.  So often, that if you manage quite a few WordPress blogs, you seem to always be updating them.  Is there to much of a good thing here?

So far there have been seven WordPress updates in 2008 with at least one more major update, and an unknown number of minor updates, due later this year.

Updating blog or two isn’t an issue, it’s when you have 15+ blogs to update each time.  Not only do you need to update the software, but also keep in mind backups, plugin compatibility research and plug-in updates.  It can keep a person quite busy.

WordPress Updates: Is there to much of a good thing? 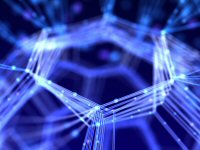 Online Marketing Blog has always been about more than search engine optimization, covering digital public relations, social media marketing and plenty of other internet marketing topics. And yet, SEO is a core component of nearly every thing we do in our consulting practice.

For the web site owners  and marketers fairly new to the site optimization game, we like to offer tips based on common questions overheard in the course of providing SEO and internet marketing services.

Question: “Ensure your site is crawlable”  What would be, in your opinion, the basic conditions that need to be reunited for a website to be crawled?”

2. Proactive Profile Linking. Social profiles and profiles of any kind can provide benefits as part of a Search Engine Reputation Management effort since they can rank well on brand and company names. Profiles can also provide a source of crawlable links. It may serve a company well to secure the profile names before the competition does. Two tools that will quickly check user names at multiple sites include: usernamecheck.com and the social media keyword check tool from Solo SEO. 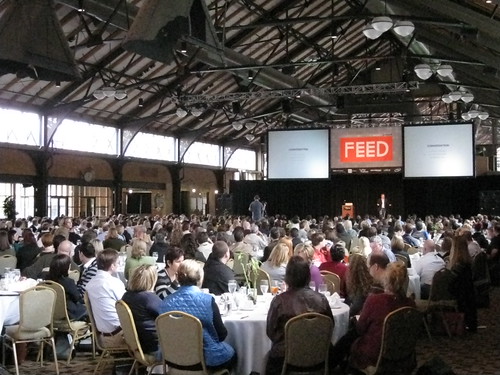 The dust has settled, mountains of email have been sorted through and most of this year’s attendees of MIMA’s Summit, branded “FEED” are back into the swing of things.

As you can tell from the photo above, it was a sold out event and a very big venue. Both keynotes were informative and entertaining. Rebecca Lieb’s presentation was covered by TopRank’s Jolina Pettice and while we didn’t post on Ze Frank’s amazingly entertaining presentation, you can pretty much get a feel for it from his presentations at SXSW last year and from what he’s presented at the TED conference.

Those whose interactive marketing interests extend to the boob and penis humor category were likely satisfied by both keynotes as they touched on everything from jiggly French Maid “how to” videos to crowdsourcing creative phallic drawings.