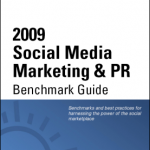 MarketingSherpa surveyed 1800 people from both small and large, B2B and B2C companies. In their findings, three out of four companies surveyed feel that social media is changing the way companies communicate. Details of this research can be found in the new Social Media Marketing and PR: Benchmarks and Best Practices report.

The most common social media tactics being used include press releases, social network profiles, blogging and interacting with forums. 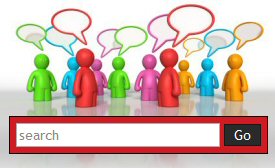 Commentary and reputation management is a hot topic that goes hand-in-hand with social media. When companies were asked if they monitor or respond for negative feedback, 25 percent of companies polled said they don’t monitor social media commentary at all. 31 percent monitor, but don’t respond.

While larger companies are more likely to monitor brand reputation, smaller companies admit that they should also be responding to negative commentary. Google Alerts is a simple way to monitor your brand commentary. With this free service, alerts are sent to you via email when your name or brand is being written about.

So what are the barriers? Why aren’t companies engaging more with social media or tackling criticism? Most said that it was because of a lack of knowledgeable staff. Other reasons included inability to measure ROI, lack of budget funding, management resistance, technical obstacles or they just didn’t feel social media was relevant for their company.

The second part of the webinar covered the social media press release.

Did you know that the first press release went out in 1906 by Ivy Lee, a 102 years ago?!  The basic press release format hasn’t changed too much since then. However, with the changing face of communication, the familiar press release structure needed a boost. That’s where the social media press release came in.

Nearly 50% of B2B and B2C companies surveyed by Marketingsherpa didn’t know what a social media press release was. Out of those who did know about the social media release, only 20 percent actually distribute them.

In this new era of social media marketing and PR, saying things like “we are a leader in”, “we are very excited to announce” and slapping a boilerplate on the bottom of your release doesn’t cut it. People want pictures, videos, links to additional external resources, and all around, more information.

If you’re a beginner trying to encourage social media marketing and PR within your organization, social media news releases can be a useful tactic to deploy because showing a return on investment is as easy as consulting your analytics report.

An added bonus of including a social media release component to your news distribution is the ability for readers to comment at the source. This will allow an upper hand with brand monitoring and tracking because readers can share their opinion ofyour news, with you watching of course.

No matter how you look at it, the internet is evolving into a social community where people connecting, sharing, publishing and collaborating. Customers are talking about companies, complaining about products, making recommendations and looking for advice. If a company is not engaging with their audience and monitoring what’s being said about them, then they are out of touch with their customers.

Speaking of social media and public relations, check out this upcoming conference in New York April 30 – May 1 from the PRSA “Digital Impact“.