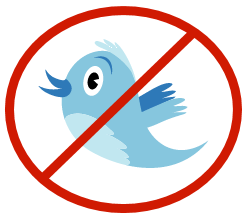 Like many others, I scoffed at Twitter when I first heard of it. What use could sending short messages to people I don’t know be?  The mental leap from IM and Facebook status updates to Twitter makes it easier, but business use seemed pointless at first.  As I noticed more of my Search, Social and PR industry peers using Twitter, it seemed a good idea to test out.

While I don’t have a million followers, or even 100,000, I’ve found out that for my purposes, quality is the key and the 13k or so followers I am lucky to be associated with are appreciated a lot more. Being strategically useful and helpful builds trust, attracts influential followers (vs bots and spammers) and results in a new channel for social networking.  Individual tweets may or may not be useful, but when you add them up over time, a bigger picture emerges.

Twitter Marketing tips are not hard to come by. Ease of use combined with the overall ease of publishing online makes available more than enough advice on using Twitter as a consumer as well as for brand monitoring, marketing, customer service, real-time search, competitive intelligence and even direct sales.

Yes, there’s plenty of advice on what you should do with Twitter, but based on increasing mis-behaviors, there are many ways to fail.  Below is a list of 10 “Don’ts” on Twitter from me, followed by 40 more provided by the smart Tweeple who responded on Twitter :