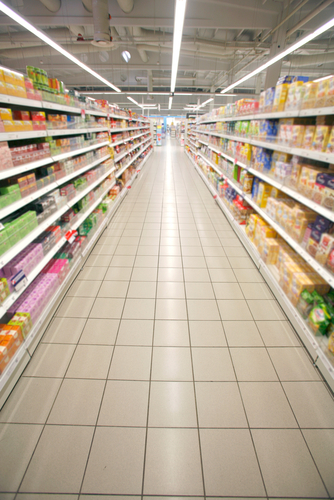 Social media is fast becoming a standard element in the marketing mix of major consumer brands.  And with good reason: never before has such a creative landscape existed for people and the brands they love to interact, share stories and build relationships – in all directions.

With social media marketing spends predicted to grow at an annual rate of 34% according to a report from Forrester Research, analyst trends support these thoughts.  Yet, not all companies are sold, with many taking a “wait and see” approach as they believe the landscape to be risky and unproven.

Just the opposite is true – waiting may prove the riskiest move of all as brands who wait too long only succeed in yielding ground to agile competitors.  This may prove especially damaging in the B2C space.  When consumers pledge allegiance to favorite brands, they may stick with those brands indefinitely and outright ignore competitors.

At this point, the rewards far outweigh the risks, especially for brands following a social media roadmap, something which sets themselves up for success.

Still questioning the value?  The following are 7 reasons engaging in social media marketing is a no-brainer for any passionate B2C brand:

1.  Take your communications directly to consumer

While traditional media is shrinking and digital media continues to experience growth, huge opportunities are afforded to companies embracing the direct to consumer model for their communications.  For a stunning example of this at scale, consider that if the Official Google blog was a newspaper, its subscriber numbers would put it in the top 10 for daily circulation right between the Houston Chronicle and the Chicago Tribune (hat tip to Noah Brier for the observation).  Google not only delivers content directly to consumer, but as a by-product of that their messages resonate beyond other blogs and frequently into tech, trade and mainstream media.

By being active in social media and having your finger on the pulse of what the world is saying about your brand, you may be able to hedge negativity before it spirals out of control.  We’ve all heard the stories about negative brand experiences from consumers which resonated in the social web, but we didn’t hear about a backlash against Priceline.  That’s because Priceline was paying attention and able to respond to a potential groundswell by alleviating the situation before it could spread.  David Armano noted the details but the consumer’s reaction in her own words speaks volumes:

“I opened Aaron’s email around 12:00PM PST I posted a Blog on Google describing the events and then sent a Tweet Blast around 2 if my tweets are logging PST, which is possible as I have no sense of time.  Then I specifically re-tweeted to people with larger follows to help make sure I was heard. Aaron called me at 4 PM PST which is 7 in North Carolina and said that,  “Priceline had called about an hour ago and offered to refund the money!”

3.  Own your presence in popular platforms

Your brand may not be active in platform-specific networks such as Facebook or Twitter at the corporate level, but make no mistake that your biggest fans are already doing this on your behalf.  International Dairy Queen had an interest in getting involved in Facebook (and social media as a whole) and upon digging into the situation they discovered hundreds of others had already created Facebook fan pages on behalf of the brand to share their love of an American classic.

DQ was able to analyze what fans were doing and strategically establish their DQ corporate Facebook presence right alongside fan pages, where it has quickly grown to six-figures organically and become the major hub for the brand in that network.  With hundreds of comments and likes on each post engaging with DQ’s blog content and promotions, it is an active, vibrant digital asset (full disclosure:  DQ was previously a client I worked on at my former employer).

Social media presents the ultimate focus group because you can naturally observe how people behave and interact – specifically the demographic you’re interested in reaching.  But it goes beyond merely watching.  By engaging with your demographic directly through social communications tools, you will learn details about them you may have not previously considered.

It is risky to miss the mark in a connected world, as witnessed by the Motrin Moms fiasco last year.  Had they been actively involved in a dialog with their target demographic, they may have created a promotion which resonated positively, instead of something still getting referenced for rubbing their consumers the wrong way.  The web as a medium is extremely referential, so you will live with the good and bad.  By having an understanding your chances of being known for something positive increase exponentially.

As Online Marketing Blog readers are well aware, there is a clear intersection of search and social media.  As we discuss this intersection quite frequently, I’ll sum this point up quickly with a quote from one of Lee’s posts on Mashable:

Once you’re active in social media and begin to attract a following for your brand, your opportunities for engagement and to gain actionable data from your audience will become limited only by your creativity.  You can crowdsource new product ideas directly to those most interested in purchasing, get feedback on making current products better and work to find out what it is your consumers really want.  Focus groups in controlled settings are out, real-time data “in the wild” is in.

Last but not least, our world is quickly moving to a society where digital media is the dominant player.  A study by PEW confirms this:  more people say they rely mostly on the internet for news than cite newspapers, and nearly six-in-ten Americans younger than 30 (59%) say they get most of their national and international news online.  Also, the percentage of people younger than 30 citing television as a main news source has declined from 68% in September 2007 to 59% in 2008.  Digital media share of voice is only going to continue climbing while other channels lose ground.

Can you really afford to ignore the new medium of choice for consumers?