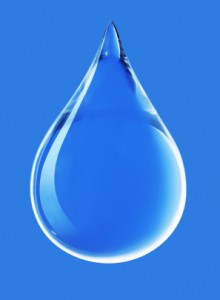 Any marketer who’s successfully made the move to social media will tell you the rules of traditional marketing have to be reexamined. That’s particularly true with Twitter, where brands have just 140 characters to inform, evoke emotion and inspire action. One of the most basic and critical rules for brands on Twitter? Be authentic and transparent in all you do.

Check out these 5 Twitter tips for staying authentic and transparent:

1. Reveal who’s behind the Tweets. It doesn’t necessarily matter who it is—the CEO, the social media manager or a marketing intern. It just matters that the person is in fact a person. Putting a face and name behind your Tweets through a photo and brief bio can help followers relate to and connect with your brand.

Kodak is an excellent example of a company that’s put a face to the brand on Twitter. The company’s official Tweeter, chief blogger and social media manager Jennifer Cisney (@kodakcb), leaves no guesses as to who she is and what she does. Her Tweets strike a healthy balance between letting her personality shine through and offering too much irrelevant information (i.e., “Sitting on my couch watching Desperate Housewives and eating popcorn.”)

2. Show some personality. It doesn’t have to be all business all the time. Have some fun with your Tweets by telling humorous stories or poking a little fun at yourself every now and then.

Part of what makes Ford Motor Co. head of social media and Tweeterati Scott Monty (@scottmonty) so successful and popular is his ability to make followers feel like he’s an old college buddy or family friend. His bio tells his followers he’s “a generally nice guy.” But his genuine Tweets—a combination of marketing insight, Ford and auto news, and his own personal anecdotes—lets them know that’s the case. (Scott Monty video interview here)

3. Admit when you’re wrong. With the explosion of social networks over the past few years, bad decisions and unfortunate snafus are exposed sooner rather than later. So it’s important for brands to fess up first and show their willingness to rectify the situation. With that said, why not turn a negative situation into a positive one?

After you’ve admitted to a mistake, strike up some friendly competition by asking your followers to submit their own “biggest oops moment.” Choose—or better yet allow followers to vote on—the best story. Offer some sort of an incentive to the winner, whether it’s a coupon, a free product or a gift certificate.

4. Get to know your followers. Let’s face it: Your followers—and potential customers—have more on their minds than just your brand. Ask your followers questions about themselves, gain a sense of who they are and customize your responses to them based on their personal details.

In the end, not only will you be viewed as an authentic and trusted brand on Twitter, you’ll also obtain valuable information on customer demographics.

5. Don’t get carried away by your accomplishments. With trial-and-error, know-how and a little luck, you’re likely to find much success in your social media and Twitter efforts. But don’t let it go to your head. Keep in mind that it’s your followers who gave you that success.

You’d be hard pressed to find a Twitterati that’s been more successful at using Twitter for customer service than Frank Eliason (@comcastcares) from Comcast. But what keeps them relevant and useful for followers over the long term is their ability to remain genuine and humble amidst widespread popularity. (Frank Eliason interview here)

While there are any number of ways to fail while trying to effectively market on Twitter, social media usage by companies has matured enough for a growing number of good examples to emerge. Being aware of what’s working for others can be priceless insight for how to develop your own genuine communications and brand experience with customers on the social web.