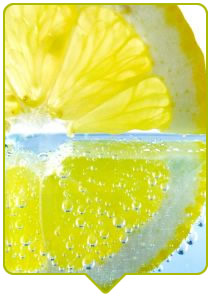 A bloggers dream is to get noticed. That could be in the form of a post getting re-tweeted hundreds of times, hitting the homepage of Digg, shared a lot on Facebook, getting noticed by the media, or one of the many other ways a blog can get traffic. However, a flood of traffic can quickly cripple a blog and turn that dream into a nightmare. The good news here is that the WP Super Cache plug-in can help minimize issues caused by too much traffic.

The WP Super Cache plug-in creates a static HTML file of each post and serves that file up to users. This static HTML file loads faster and is a lot less demanding on the web server and database. Now if hundreds or thousands of people were to visit the same post in a short amount of time, instead of re-pulling that post from the database and piecing it all together, WordPress would just show the cached page; aka a static HTML version of the post. This page now loads faster and more efficiently.

Think of it like this, you are selling lemonade and every time someone wanted a glass, you measured out the water, sugar, and lemon juice to make one glass for that one person. If you became popular, it’d take forever to fill all the orders one glass at a time. Not to mention all the work you’d have to do. You’d be tired! So instead, you make a picture of lemonade that allows you to easily serve many people in a short amount of time. The WP Super Cache plug-in works the same way. It ensures that your posts are served up quickly and are ready for a flood of viewers.

As a perk, the user never knows the difference. The blog loads faster, they get to consume the content faster, and hopefully, they continue sharing the post.

It doesn’t matter if a blog has a few visitors or thousands, installing the WP Cache plug-in helps ensure that a blog continues to run smoothly and every visitor has a good user experience.