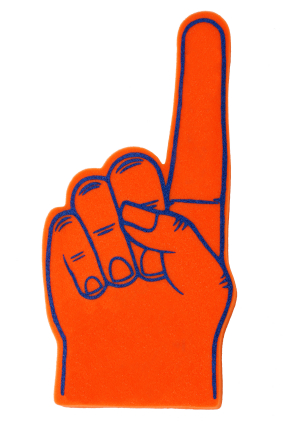 If you haven’t already integrated Facebook into your online marketing mix by creating a fan page, consider the most recent staggering Facebook statistics:

With numbers like these — plus the fact that Google is now using social content to help determine the ranking of web pages — it’s difficult to justify not creating a Facebook presence for your brand.

Take the guesswork of Facebook marketing, and follow these 5 tips for making the most of your fan page.

1. Keep Content Fresh.
Give fans a reason to come back to your page frequently by adding fresh content on a regular basis. Keep in mind that consistently updating the page doesn’t require a significant amount of additional effort.

As part of your online marketing strategy, integrate your Facebook fan page with other social media channels to maximize results little extra effort:

2. Engage New Visitors.
Facebook fan page walls can be an extremely valuable tool for communicating with customers and prospects. But for first-time visitors to fan pages, the wall can seem intimidating and exclusive. Imagine walking into a room where everyone knows one another by name and are talking about a subject you know next to nothing about.

Instead of sending new visitors directly to your fan page wall, send them to a more controlled, welcoming landing page where you can provide them with useful information about your brand, as well as a clear call to action to become a fan.

For example, TOMS Shoes – a shoe retailer than donates a pair of shoes to children in need for every pair purchased – sends first-time visitors to an inviting landing page that gives a clear idea of the company’s mission. The page features a quick video that shares the TOMS Shoes story, as well as links to product and other important pages (see the image below). The approach appears to be working: TOMS Shoes has more than 185,000 fans to date. 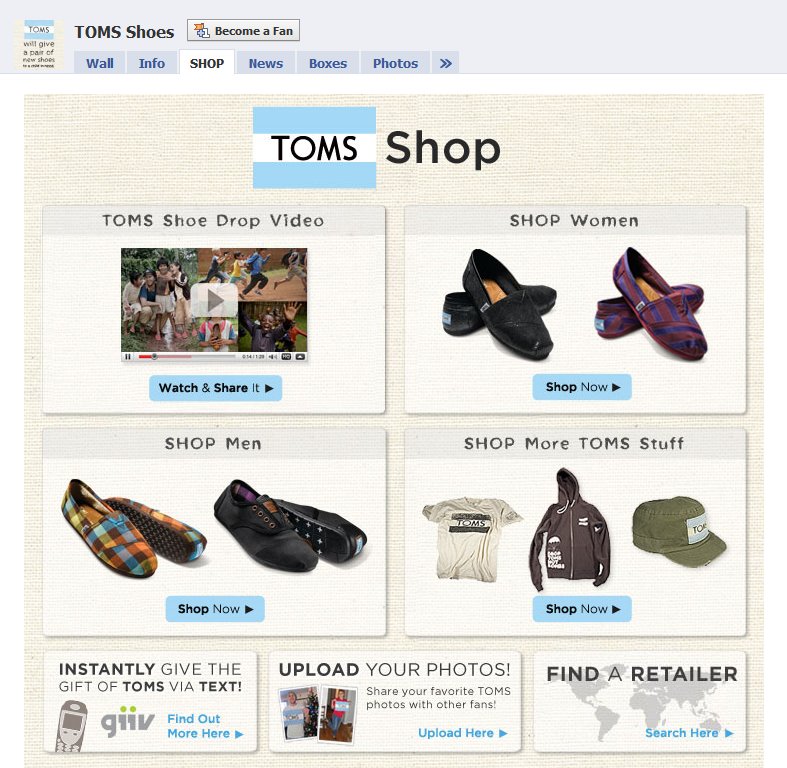 3. Promote a Contest Via Facebook.
A great way to add value to a Facebook fan page is to offer users an incentive to become fans. Contests can serve as an enticing incentive.

For example, last fall TopRank® Online Marketing leveraged the Facebook fan page of one of its B to C clients to supplement promotions for a Halloween contest to find the best homemade costume. The client was looking for a final surge in number of participants during the final two days of the contest. TopRank incorporated a fan page tab specifically for the contest, as well as posted information about the contest on the fan page wall. In just two days, the initiative helped the client added more than enough additional new fans.

Be aware, however, that new Facebook marketing guidelines announced in November require brands, marketers and advertisers to go through an approval process for all contests. The guidelines require contests to be handled through an embedded application rather than on the page’s wall, among other things.

4. Give Fans Something They Can’t Get Anywhere Else.
Contests aren’t the only incentives companies can offer to grow their fan base. Any item of value can entice Facebook users to become fans, including:

Sears – with 160,000+ fans – has been very successful at this approach. First-time visitors are immediately directed to an exclusive offer landing page (illustrated in the image below). By becoming a fan, users are offered $10 in coupons. 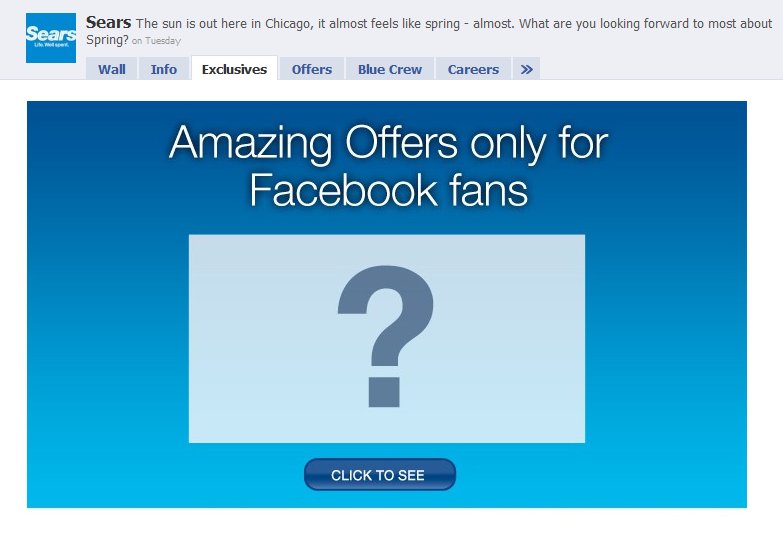 Another approach to incentivize becoming a fan is to provide inside company information and breaking news on the fan page. Fans are more likely to remain faithful to your brand – and tell their friends – when they feel like an insider who has a stake in the company.

5. Encourage Interaction.
The entire notion of social media is built upon interaction and two-way communication. Facebook fan pages have little to no chance of success if they aren’t interactive and engaging.

But it’s not enough to sit back and wait to the interaction to begin. Get the ball rolling by:

Simply creating a fan page for the sake of “Well, everyone else is doing it,” isn’t going to land you results. Like with any other online marketing strategy, Facebook marketing efforts must be well planned and constantly reinforced. By doing so, you can start to tap into the vast network of active Facebook users.

Be sure to connect with the Online Marketing Blog on our Fan page here.