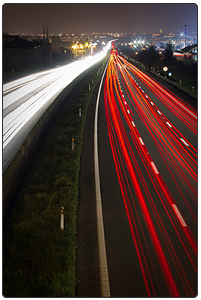 Getting started with a blog can be exciting and nerve racking for some; just like learning to drive. You really want to get started, you really want to do it, but once you are behind the wheel, you start worry about everything. You want to do everything right, but there are so many unknowns. What if… How do I… Umm…

Like driving, you need to start somewhere and take it slow. Sure, you want to take on the world and just go, but there is no way to know everything right away; even if you did read all the books and how-to’s. Instead, take it one step at a time and focus on the basics first. Then, as you get those down, learn new things.

And lets not worry about traffic. Everyone who starts driving is concerned with big city traffic. There is so much of it and it and yet other drivers have no issues. Well that’s because they’ve been driving for a long time and know what they are doing. When you first start blogging you can’t expect to be as good, or as popular, as those that have been doing it for years. It just doesn’t happen that way. You need to take it slow and learn the ropes. Before you know it, you’ll be cruising along just like everyone else.

You’ll probably screw up a few times too. Don’t be afraid to fail though as that’s a part of learning. Everyone has to make some mistakes before they learn the right way; or their own way. As long as you are getting out there and trying, that’s what matters.

There is no right and wrong either. Yes, driving is based on a set of laws as defined by the government, but people learn over the years what works for them and what makes them comfortable in regards to how they drive. The same goes for blogging. Just because someone else is doing things one way, that doesn’t mean you can’t do things differently. Search engines and web hosting companies do define a set of rules that you site should abide by, but when it comes to actually running your blog, you need to find out what works best for you.

Getting started blogging can be nerve racking, seem complicated and possibly overwhelming. If so, then you’re thinking to hard. It’s much like when you learn to start driving. Don’t focus on big city traffic, focus on where you are comfortable. Then, when you are ready, start to take the next steps, learn something new, and go at your own pace. Before you know it, you’ll be cruising down the internet super highway and wonder why you worried so much.