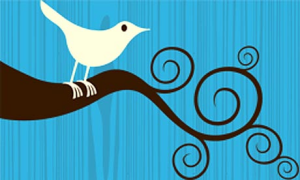 So you want to succeed with Twitter eh? Before you run off and chase shiny butterflies and little blue birds, take a seat and collect yourself. Then read the following tips on creating a potential Twitter marketing strategy that will help you become more productive and successful using Twitter for business.

First things first. Who are you trying to connect with?

1. Describe your target audience on Twitter.  If you’re not an active participant on Twitter, then research. Do the homework and write it down, including Twitter handles of actual target users. If you’ve been able to go so far as develop a persona that represents your customers that spend time on Twitter or social media sites in general, that’s even better.

The first step in scoring is knowing all about the goal.

2. What outcomes are expected from Twitter participation? Besides being able to say you have 50,000 followers, of course. Incidentally, we experiment with Twitter accounts and those that have a substantial number of followers do not always result in the the most retweets and web site visits. This is important in the fans/friends/followers game. It’s not how many connections you have, it’s who you’re connected with that determines the propagation of tweets, spread of links, traffic, etc.

It’s essential to know how success with Twitter will be measured. If it’s just follower counts, heck those could probably be purchased. (Which TopRankMarketing does NOT recommend)  However, that would be a fake network without effect.

3. Where does Twitter fit within your overall online marketing strategy? Is Twitter meant to be a customer service tool? Brand monitoring? Monitoring for sales opportunities? Promotion of other corporate social activities? (ie blogging, Facebook, YouTube, Etc) Does it support some other communications function?

As a communications and social networking tool, Twitter can connect with customers, prospects, journalists, employees, candidates, investors and marketing partners. Understanding where Twitter fits within the overall mix of online marketing and communications will help with: allocating monitoring and engagement resources, establishing a working social media policy, workflow management and reporting. You may very well find a number of synergies available through Twitter, such as connecting with journalists and bloggers for PR purposes but also encouraging link usage when citing the company to assist with SEO efforts.

Twitter is a tool and only as useful as the tactics you use.

4. A firm grasp of the first three steps really needs to be addressed before useful tactics should be implemented. If all you do is focus on Twitter popularity tactics without addressing a plan for reaching other goals (hopefully being popular isn’t the sole goal) then the investment in time and effort becomes more like guesswork.

First and foremost for tactics, the Twitter page needs to be designed and optimized. If a business has the expectation to be perceived in a significant way, then the Twitter page needs to avoid looking insignificant. Tweets need to be diverse, yet follow a theme that is consistent to the messaging and audience goal. Kudos to customers and offering tips are great but alone are not going to attract followers fast.

There are a few tactics with Twitter that are almost always a good idea regardless of the audience, goals and overall plan:

5. Measurement with Twitter can be tricky such as identifying referrers via various URL shortening services, but it’s the most important. By “measurement”, I also mean monitoring on an ongoing basis, not just counting outcomes or KPIs. Followers is just one dimension. Based on what the brand is trying to achieve, a mix of data points and measurement tools should be implemented. Some example metrics:

Obviously, there are many other tools for Twitter out there, including overall social media marketing campaign management tools such as: Wildfire, Objective Marketer, Spredfast, SocialTalk, pop.to and others.

Sure, you can “experiment” with tools like Twitter and find your specific strategy as you go, but you could also find productivity and valuable connections a lot sooner (as well as effective time and resource management) if you create a plan that addresses who you’re trying to reach on Twitter, what goals you hope to achieve and a plan for getting there. Make no mistake, there will always be a component of on-demand and real time  or opportunistic marketing with Twitter. The platform is still so new that the community is finding new and innovative uses every day. You might find new uses too, so don’t get too committed to a single focus in your Twitter efforts. Be flexible, curious and willing to participate.

Some tactics are always a good idea and some will reveal themselves as you develop your Twitter network and participate with the community.  Measuring success on Twitter has everything to do with goals, so make sure you’ve spent at least a little time figuring out where Twitter fits in with your overall social media marketing strategy and then what tools make the most sense to use when measuring success. 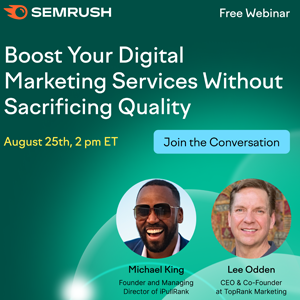 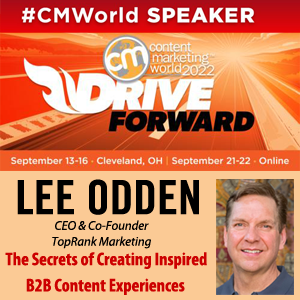