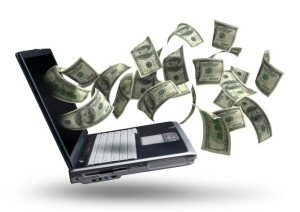 As I’ve been able to travel and meet marketers all over the U.S. and in other countries, I am always interested in learning how companies are viewing the value of their social media efforts.

Marketing investments should be predicated by more than chasing the competition, satisfying someone’s ego or acting solely on a gut feeling. A good handle on goals, resources and target audience help determine strategy and tactics as well as how outcomes are measured. This is the case with even the most fundamental of marketing programs. With that kind of basic framework, implementing and measuring value from social media shouldn’t be that different.

Because so much actual marketing is tactical, many companies see social media simply as another of those tactics and evaluate one-off promotional efforts for ROI without considering the bigger picture. It’s very much a situation of not seeing the forest for the trees.

A competitor’s YouTube video is getting significant play amongst the Twitterati, on industry blogs and even a few mentions by traditional media. The CEO sees this, asks the VP of Marketing where things are at with social media and the VP tasks the Marketing Director with creating a “viral” video.  The Marketing Manager engages an outside “social media expert” at an advertising agency to create a video that will show how edgy, clever and innovative the company is.

A YouTube channel is created, the video is uploaded and ads are purchased to drive traffic.  A SEO consultant is hired to help the video “go hot” and submits, votes, rates, reviews etc with their network to boost social sharing of the video with the hopes that there are enough social signals for the video to hit the home page of Digg, Delicious along with getting ample play on StumbleUpon, Reddit and maybe even a few prominent blogs.

The video gets shared, Tweeted, voted on and submitted, much to the satisfaction of the Marketing chain of command. The stats are reported to the CEO:  Video creation cost: $15k. Video advertising cost: $5k. SEO promotion: $5k. A total of $25k is spent on creation and promotion of the video.

The return?  12,000 views on YouTube, 100 comments (mostly positive), 320 Tweets/ReTweets, 40 Likes on Facebook, 115 saves on Delicious, 35 comments on the blog post that embedded the video plus 6,750 unique visitors. Also, mentions on 4 industry blogs, 105 inbound links to the blog post from other websites/blogs and mentions by 3 industry publications.

Was it a success?

Many large companies wouldn’t blink at a 25k investment for an online video that returned the stats above. Plus the video will continue to see visibility since it can be discovered by search indefinitely (as long as its online).

Instead of the simple math of calculating cost per views, comments, Tweets, Likes, links, visits, mentions etc, I think there are some important questions to consider:

On one level, the video will be reported and accepted as a success because of gross reach. In fact, it is definitely a success in that way. On another level, it’s debatable whether the video connected the brand with customers – either directly or indirectly. How much impact can one business video have?

Rather than thinking whether the video promotion was a success or not, one might first consider what goal the company is trying to achieve (besides having a video more popular than the competition).

This is the type of scenario that often typifies companies evaluating the value of their social media efforts.  Some go so far as trying to measure direct lead generation as a result of a video promotion like the one above. There’s nothing wrong with that, but it seems that social media marketing efforts would be far more effective when goals, customer needs and a plan for making a meaningful connection are intentional vs. leaving it to chance.  There seems to be a lot of causation statements being made by social media marketing folks when at best, they’re talking about correlation.

Social media marketing has a lot of measurement issues to solve and at the same time, there’s an opportunity for marketers to take a step back and put their social media tactics in perspective and try to see where they fit in the whole.

Sometimes it seems a little too inconvenient for marketers (and their agencies or consultants) to do more than spike social proof numbers to create warm fuzzies in the C-Suite vs. actually influencing measurable business goals.   Maybe its the real-time nature of the social web and the expectation of quick results that creates the rush.

There’s always a place for testing, but I’d be curious to know how often companies and consultants are executing social media tactics as pure tests without audience insight or specific goals. Some companies can probably make due with a “make it up as you go” perspective, but who has the time to see if that works vs following a methodology?