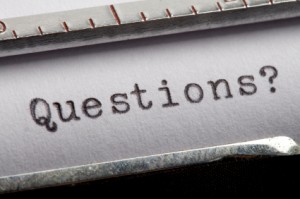 Do you use Quora? Should you use Quora? As we begin the new year, I felt like it makes sense to set aside some time each week to take a look at technology that is new, generating interest, or represents a step forward in the online world.

In the last couple weeks Quora has become the trendy pick as a breakout site for 2011. Traffic increased tremendously in December but then more than doubled again in early January per information released on Quora this week from Quora engineer Albert Sheu.

The bigger question is why? What will Quora do for users that can’t be addressed elsewhere? Will it provide a larger or more credible source of information than Twitter for most users? It’s been a mixed reaction so far with responses all over the board. It has even been hot enough to spawn a spoof site Cwora.

What are some of the questions out in the social space about this service and how are members of the online community? In the spirit of the Q&A site itself, here are a few interesting questions I found based on those I have followed and questions posed on Twitter regarding the site  from users as it moves from a small specialty destination to one attracting thousands of new users.

How did Quora suddenly start getting many more users around the beginning of 2011?

On Boxing Day (December 26, 2010) Robert Scoble blogged ‘Is Quora the biggest blogging innovation in 10 years?’ effectively endorsing the site as the next big thing.  PC Magazine, Techcrunch, TNW and FastCompany were amongst the many media outlets that quickly followed.  This, coupled with social graph on-boarding with Twitter, Facebook and email integration, lead to truly viral growth. (via answer summary of 12 reactions on Quora)

Quora Answers The Question: How Will You Avoid Becoming Yahoo Answers?

In a post entitled, “Commitment to Keeping Quora High Quality“, co-founder Charlie Cheever outlines the steps Quora is taking to ensure that the community remains the same great place for knowledge as it grows in size. So what are the steps? The biggest and most immediate one Cheever highlights is a better on-boarding process. Cheever notes that it can be difficult for new users to understand how to properly ask questions on the site. So they’ve created a tutorial quiz that walks them through the process before they submit the first question. (via TechCrunch)

Should you link your other networks to Quora?

One of the stickier issues raised by many on Twitter has been the connecting of the two services and the automatic follow feature of Quora if enabled. The site does not yet offer an option of selecting which contacts would be connected but rather connects to all contacts from your social networks creating a mass list of followed connections and can overwhelm many with content and questions. It was also brought up as a potential reason for the ongoing traffic increases as more and more users connect in mass, it further feeds the buzz of the last few weeks.

However, as pointed out in answers themselves, some view this as a positive service as well allowing users to rapidly create a network of connections.

Will Quora ultimately survive as a valuable tool or become another hot flash in the pan? It’s early in the hype-cycle but the concept could do well if the quality of the answers remains high and the self-promotion, spam, and inappropriate comments can be contained with a much larger base.

Should marketers and communications professionals invest a significant amount of time in Quora?

At this point, it is being used by many as another site to try to demonstrate knowledge in a particular space much like LinkedIn Answers, Twitter, and other sites in the hopes that it will attract followers or potential business.  Some have been more active for some time and are seeing good results based on their experience. Profile names do appear in the URL and in title tags for the site, offering a chance that participation could positively impact your online footprint and search results. Users are able to receive votes and support for well thought-out answers which creates a potential for greater recognition as an expert in a field but I expect the value to vary widely depending on the industry and the critical mass of your target audience that converts to using this new tool. Stay tuned.