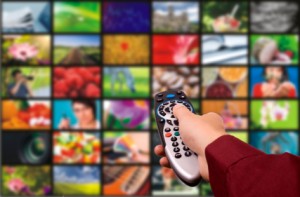 At a reported $3 million per 30 second spot, Super Bowl advertising is big business. For a multimillion dollar investment, brands should be maximizing every opportunity to reach potential customers. Which advertisers took advantage of a customer base actively engaged in the big game to extend the conversation? Not too many.

In the much-hyped ads airing during the Super Bowl, big brands primarily went with small printed web addresses at the end of the commercials as a next step for viewers. They lacked direct calls to action and didn’t leverage the fact that many viewers are online while watching television. A well executed ad with a specific call to action to send a tweet with a particular branded tag would be a logical fit.

Rather than a passive mention of a Facebook fan page, companies should consider how a strategic  promotion driving viewers to just released content might play. Social media marketing is an opportunity to identify and program directly to customer needs. More can be done with social media and over time more brands will become increasingly creative with integration in the ads. However, some brands are at least working to bring social marketing into the fold.

Audi made a direct Twitter reference in its ‘Release the Hounds’ ad featuring the hashtag #ProgressIs to enter a contest to win “Old Luxury” prizes and support charity. Users submit what progress is to them and Audi will share the top entries. It’s a smart start but would have been stronger with greater prominence or context versus a passing glance.

Another luxury brand decided to advertise for the first time at the big game with Mercedes jumping in following a creative “Tweet Race” contest fueled by social media. The campaign utilized both Twitter and Facebook to support celebrity led teams on a race to the Super Bowl. The campaign allowed Mercedes to get more than just an ad out of its marketing dollars but greater social marketing could have helped the ad.

The big hit in terms of a memorable ad was Volkswagen. Blending humor, creativity and a good use of YouTube to promo an ad titled ‘The Force’, the company is now sitting on a hit. VW teased the ad in advance of the Super Bowl, showing just enough to pique curiosity and asked for feedback on Facebook and Twitter.  Over 16 million views later, Darth Vader and Volkswagen will forever be linked.

Overall, there were some interesting ads but far too many brands that made no real attempt to connect campaigns to any call to action. Gaining greater marketing value by campaigns leading up to the Super Bowl ads is a good start but advertisers need to establish a clear follow-up social media marketing strategy to continue the momentum online after the game is over.

From a marketing perspective, what were your favorites? Hits? Misses? And do you believe we will see better execution by the time Super Bowl 46 rolls around?