It’s easy for early adopters and social media enthusiasts to get caught up in the latest and greatest tool available but many companies are still seeking a basic foundation. According to Harvard Business Review Analytic Services, only 12 percent of companies surveyed felt their organizations were using social media effectively.

Exploration and experimentation are viable steps when entering social media marketing for the first time. However, the key to successful social media use is identifying how a brand will use each social channel. Once the approach is set, it’s an ongoing process of testing and refinement to achieve the objectives that will make a difference to each business. A great place to start in sorting out a process for companies is our  social media checklist which provides questions to consider before jumping head-first into the deep end of the social media pool. 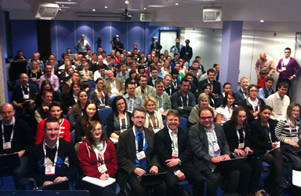 I’m a bit of a travel bug and my third trip to London didn’t disappoint. SES moved its venue to the center of London, literally across the street from Westminster Abbey and a short walk to Houses of Parliament, Big Ben, the London Eye and many other well known landmarks.

Whether a conference happens in amazing places like London or New York, there are a few things I try to do in order to maximize the value from attending including speaking of course, but also networking, connecting with media opportunities and creating content. Here’s a rundown of some of that before and during SES London.

Make the Most Out of Marketing Conferences: SES London 2011 Wrap-Up