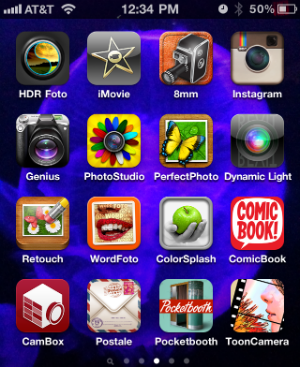 One of the many great things about apps and an iPhone is that you can be productive or at least productively kill time, should you ever be blessed with such a thing as “free time”.   Mobile social media usage is on the rise and one of the most productive opportunities to be creative is using your iPhone at conferences to create interesting and fun graphics.  At Content Marketing World, Intel’s Pam Didner commented “Content is King, Creativity is Queen” and I sincerely believe that a competitive advantage can be gained in the content marketing space by being smarter through analytics and especially by being more creative.

There are numerous apps one could use to modify photos, but what I find interesting are apps that use photos to create an end product like a Comic, Collage or even an Infographic – all from your iPhone. Below are 5 examples of graphics (using my very limited creative skills) and the iPhone apps used to create them – each with some level of social sharing built-in. 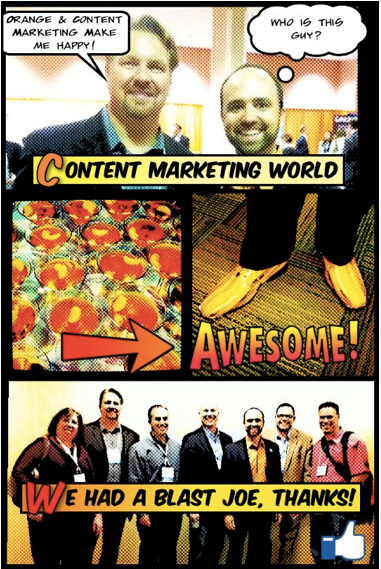 This is a feature rich app that is only limited by your own creativity. While I’ve only ever used this app for “Conference Comics” with single graphics, I could see someone creating multi-page comics with the app and putting them together into an interactive experience (using some other tools) that would allow viewers to turn pages, tag people and share easily on social sites. As it stands, I’ve really just started experimenting, but my running “Theme” is Conference Comics.  What theme could you see using using Comic Book?   Here’s more info on ComicBook!. 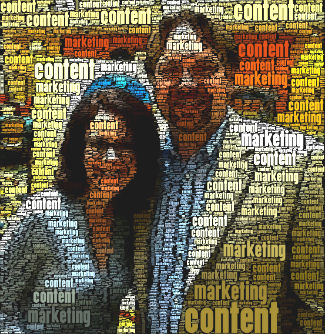 Ann Handley of MarketingProfs and I in San Francisco

This is a fun app that uses word sets to re-create images that you import. You’re unlikely to achieve “a picture made of a 1,000 words” but the words you do use, can add context to the photo.  This app works best with images that have balanced contrast and simple segments of color. A complicated group shot of 20 people isn’t going to work as well as a portrait shot of someone’s face.   Here’s the info page for WordFoto. 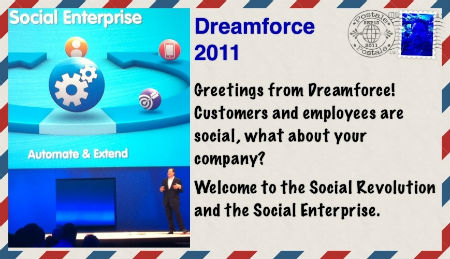 You’re on the road, so why not send a post card from the event you’re attending? Well, maybe not a “snail mail” postcard, but a virtual card using this handy tool. I don’t find the card options outside of “AirMail” very interesting, but that’s enough for a few creative uses of this app to highlight a photo and message for use in email or as an illustration in a blog post. Here’s more info on Postale. 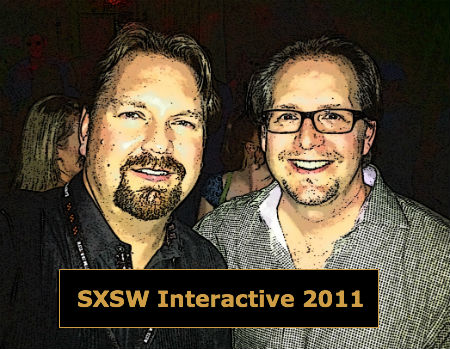 I wouldn’t exactly call the images and video you can shoot with this app a cartoon exactly, but it’s an interesting effect – especially since you can shoot both video and images with it. Images in your photo library can be converted one by one as well. There are also varying effects in color and black & white. You can get these effects with several other apps but they don’t offer the video option. Here’s more info on ToonCamera. 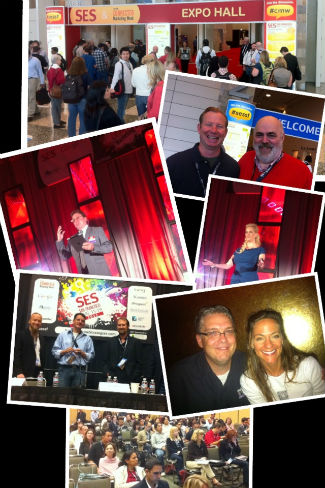 This is a very simple tool for creating a collage from various photos, slightly similar to Comic Book! but without the comic effects. It’s a great way to summarize key images from an event. Photos can come from your photo library or Facebook. What’s lacking is the ability to overlay a title, but there are other iPhone graphics programs that you can use to do that. Sometimes a super simple app is all you need and for those times Pic Collage fits the bill. Here’s more info.

Hopefully I can do another roundup of creative iPhone apps that focus on interesting video effects.

What are your favorite creative iPhone apps for graphics and photo editing?  If anyone has iPhone infographic creation apps they’re aware of, please share.  If you have examples of creative graphics generated from an iPhone app on your blog, please describe and link to them in the comments. (Excluding spammy stuff of course)