In my quest to find a more efficient and effective way to leverage Twitter, I’ve come across a plethora of new and interesting social media tools.

Recently, I’ve been testing two tools that surfaced in my research, Timely and Buffer, which I classify as tweet timing tools.  Timely is a product of the folks at Flowtown and Buffer is from the co-creator of OnePage.

Both Timely and Buffer make it easy for the user to schedule tweets.  In either case, you can simply enter your tweet, including a tiny url, into the dashboard and click on “add”. Both tools than move your scheduled tweet to the scheduled area of the dashboard so you can see everything you have going out over time.

Additionally, both tools offer a handy browser plug-in to make it even easier to curate content and tweet it.  When you find an article, blog post or other type of content, simply click on the browser button to create your tweet, append and load it into your queue.  This is the perfect match between content curation and social sharing and can help users build their social influence.

The second area where Timely and Buffer are similar is they both offer reporting on the performance of your tweets.  Both sites report reach, clicks and re-tweets but on this comparison, I have to go with Timely’s reporting as I found it more informative and easier to read. 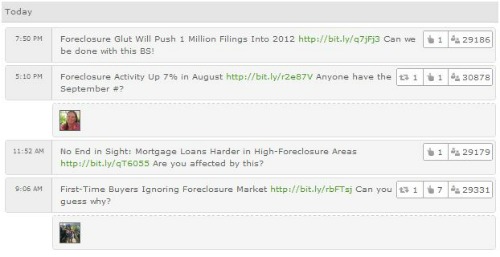 That’s it for similarities and as you can see, they stack up pretty close on the key features and functionality.  Now let’s take a look at the differences and see if we can’t help you arrive at a conclusion about which tool to try.

The first difference is that Buffer appears to offer this same capabilities for Facebook posts.

The big disappointment came when I clicked on the call-to-action. After I agreed to a rather brutal Facebook authorization request and shared my action on my Facebook page (requested by Buffer), I was informed that the sign up process I just went through has only qualified me for “early access”. 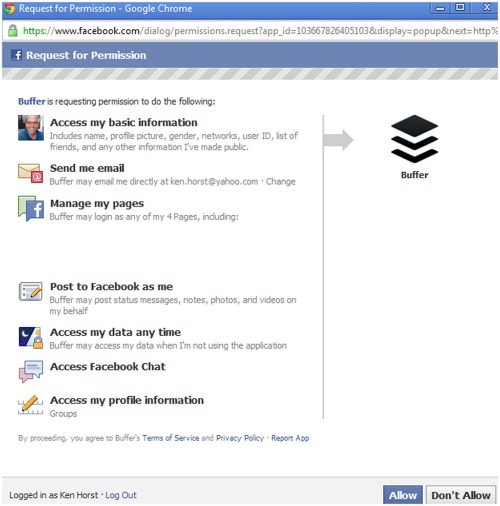 This wasn’t what I thought I would be getting at all, so I proceeded to remove Buffer from my Facebook account.

The final difference, and the one factor that made it an easy decision for me as to which tool to use had to do with cost.

Buffer offers 3 options to use their tool:

Timely offers 2 options to use their tool:

As I summed up the features I cared most about and compared pricing, the decision was easy. I’m using Timely.  I should also point out that I have several Twitter accounts and I tend to do a lot of content curation at one time.

Let us know if you are using one or the other of these tools and what our experience has been. What other Twitter tools do you find to be most useful? What other social media tools would you like to see us review?