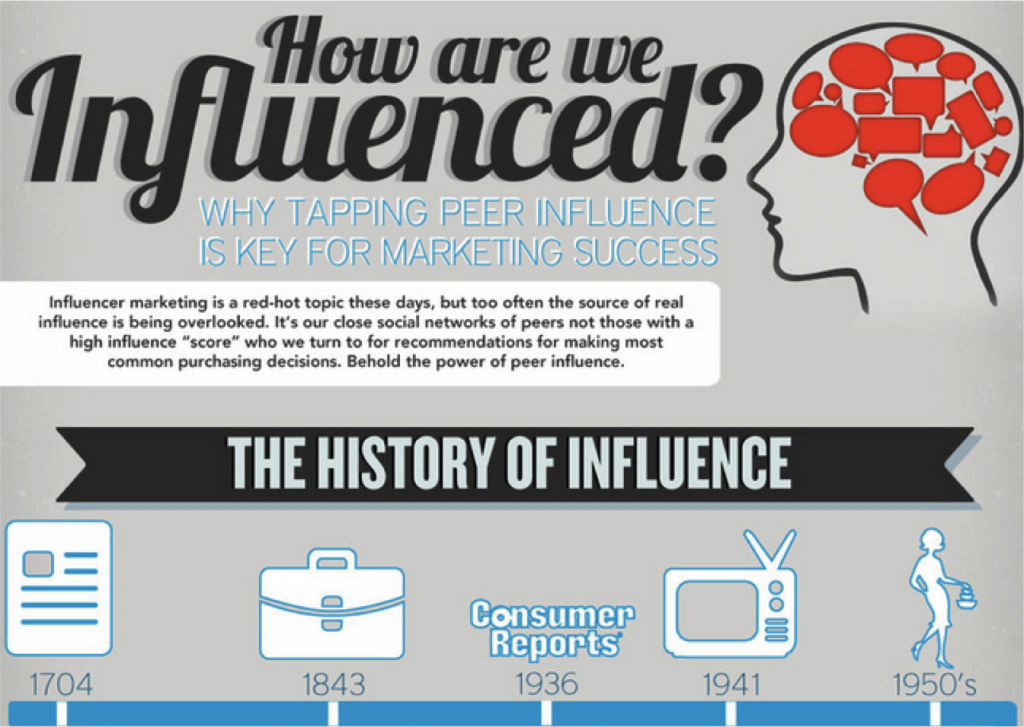 How Are We Influenced?

This recent infographic from CrowdTap focuses on that very subject.  Beginning with the history of influence we are taken on a journey which includes:

Why Reddit is Cracking Down on Your Favorite Sites
Reddit claims that many popular news sites are guilty of artificially promoting their content to make it appear more popular.  Long story short, they are cheating.  Via Venture Beat.

comScore US Internet  Report
Latest figures from comScore’s show an increase in unique visits to social media sites of over 6%.  The company re-confirmed that Pinterest remains the fastest-growing social network as of Q1 in 2012.  Via TechCrunch.

11 Surprising Social Media Statistics
This article by Jay Baer covers some of the social media statistics that appeared in Tom Webster’s presentation at BlogWorld New York.  For a glimpse, as well as a link to the data be sure to check out this post.  Via Ragan.

7 Ways to Increase Your Blog Visibility with Social Sharing
Social sharing is critical for increasing traffic to your blog.  This post provides 7 insightful tips to have your readers asking for more.  Via Social Media Examiner.

Brian Larson – Google Is So Hot Right Now!
Google’s search feature Hot Searches, FKA Google Hot Trends, has received a makeover. In addition to adding a new visual that gives a more polished look, Google has also added a trending bar that shares the number of the daily US searches on the topic.  Learn more about the new and improved Hot Searches in this post from Search Engine Land.

Shawna Kenyon – Twitter’s Expanded Tweets Now Show More Interactive Content
Twitter  updated its ‘expanded tweets’ today allowing users to see more interactive content via both desktop and mobile browsers.  With the new update users will have the ability to preview articles and play content. Twitter plans to unveil additional changes to the site this month including tailored trends, hashtag pages and Facebook integration of handles, photos and hashtags.  Via Mashable.

Kodi Osmond – Facebook Exchange: A New Way For Advertisers To Target Specific Users
Facebook Exchange is being tested with eight advertising demand-side platform and will be widely available in the next few weeks.   How does this potential moneymaker for Facebook work for advertisers; and what does this mean for users?  Learn more on Techcrunch.

Jolina Pettice – Presentation is the First Hurdle in Content Consumption
Why do girls fawn over anything in a blue box and white bow? Why do restaurants show you the dessert tray vs a menu?  It’s because often times the presentation is as important as what is being presented. And these smart folks have tied people’s desire to consume with their eyes into bottom-line results.  What can you do to create content that is more visually appealing? Find out (and not, it’s not all about infographic – although there are a few!)  Via Search Engine Land.

Time to Weigh In: Do you think that Reddit’s ban of popular sites is a fair tactic?  Does comScores Q1 findings have an impact on your social strategy? Do you see Twitter’s new “more is more” strategy as a better engagement mechanism?