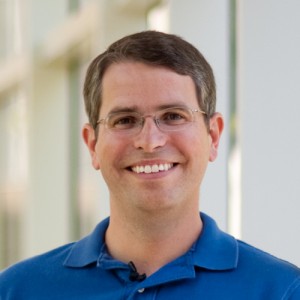 Hot off the heels of Avinash’s SES opening keynote, day two of SES San Francisco 2012 included another famous Googler to start the day. Matt Cutts (@mattcutts), Distinguished Engineer for Google, is the head of the Web spam team. He and his spam fighters, as he refers to them, make up part of the Google Knowledge Group.  He was a last-minute addition to the SES schedule, interviewed by Mike Grehan, VP and Global Content Director for Incisive Media, as part of the day two kickoff.

The conversation started with a few quick blurbs about what’s new in Google search. Cutts addressed the audience discussing how the Google Knowledge Graph was starting to be used more and more. The Google Knowledge Graph is the technology behind how Google determines what you’re trying to search for when you enter a query. Matt used the example of [rio]. Is the user searching for the city, the 2011 animated film or the brand of Casinos? Google helps users quantify search queries with multiple meanings through the auto-complete suggestions in the search bar.

Knowledge Graph is also how Google is trying to learn that searches for [Representative Ryan] and [Paul Ryan] should return the information. It is supposed to help Google disambiguate between all the alternatives of a given search phrase. He explained first Google released Google Sets, then it evolved into Google Squared, which essentially became the Knowledge Graph today.

Matt Cutts also touched up the recent addition of Gmail messages as part of the results you see on a Google search. He said it is strictly opt-in for a very limited trial usage and there is a separate, distinct URL you need to use to opt in to it.

At this point, Mike Grehan invited Danny Sullivan of Search Engine Land and Brett Tabke of PubCon to join him on stage. Together, the collective brain trust fielded questions from the audience. Cutts took the lead on the answers, while Grehan, Sullivan and Tabke took turns trying to get deeper answers in the follow-up.

First up was a question about Google Penguin and Panda. Cutts was frank and told attendees to expect Penguin updates once a month. The reasoning?  Google is trying to create a much better user experience all around.

Regarding social signals, Cutts acknowledged followers and friends are a signal. At this time, it’s not as simple as the more followers one has, the higher you’ll rank. However, he suggested in the future, that may likely be the case. Unfortunately, Google is limited to what it can know. Their deal with Twitter’s “fire hose” of data expired. Google can’t crawl most of Twitter anymore.

How much does Google+ help increase rankings?  The 10-year trend may be the more +1’s you have, the more you may be rewarded in the rankings. But for now, that is not the case. It is a signal Google will look at. However Google will be looking at it from a standpoint to see how well it works as a signal. For now, “I wouldn’t put a lot of weight on +1 just yet,” Cutts stated plainly.

Not too long ago, Matt was quoted saying, “Do SEO but not to much SEO.” This prompted an audience question of “What is too much SEO?”

Cutts’ reply was If you’re doing good seo, you’re making your site faster, and all the good guidelines Google publishes and wants you to follow, then you’re fine. Too much SEO was basically a misspeak on his part. Rather, Google is targeting people buying back links and people who do not necessarily write their own content. Not people who may be trying to “over-SEO” their sites.

Another audience member asked about Google scraping data from other sites to create content on a search result page, further asking why there so much Wikipedia content in the results.

Google wants to provide information to simple queries, was the simple reply. Cutts stated, “If you type in 2+2, we can take you to a calculator tool on a page, but users really want the answer. We want to have good information providers.”

Suggesting that Google may scrape everyone’s site in the future, the audience member followed up asking, “But where does Google draw the line? Google is doing what is right for Google. Google is getting all in our business,” suggesting that Google is hijacking people’s content. This drew applause from the enthusiastic morning crowd.

Cutts explained that Google is driven on or users’ expectations, which go up every year.  People expect natural language queries. Their attitude is whatever you type in the search box, Google wants to give you the beat information. Cutts stated Google has one guideline on this situation: Google needs to keep ahead of the curve. If they were to stay stagnant and not innovate search, someone other company would come along and make a cooler search and deliver a better experience. He took this opportunity to give a nod to Apple’s voice activated Siri. However, he didn’t answer where that line would be drawn.

Overall, the session was a roaring success. Some tough questions were given and Cutts offered replies to all of them on the spot, staying cool under the scrutiny of the audience.