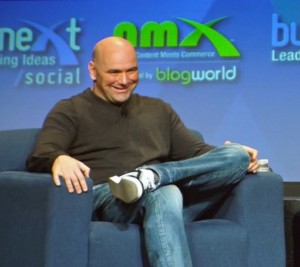 If you had to put a value on the UFC, what would it be? You wouldn’t be remiss to put it in the hundreds of millions, or even billions. Dana White got into the UFC for $2 million and people thought he and his partners were out of their minds for paying even that much. Yet today, UFC is a multi-million dollar business, with over 9 million fans on Facebook and 800,000 Twitter followers. This is a highly engaged community White has built; currently, there are over 400,000 people talking about UFC on Facebook alone.

White began by explaining his idea for mixed martial arts as entertainment. Soccer, football, baseball, are favorite sports in different countries, but none are able to penetrate all markets. “You put two guys in a cage and allow them to use whatever martial art they want, people love that,” he said.

How has UFC managed to succeed in social, where other organizations struggle? “If you come on Twitter with me, you’re going to see and hear things you don’t expect to hear from the commissioner of any sport,” said White.

He’s real and as honest as he can be, he notes. Twitter allows him to improve his business, , he said, using the example of one instance where VIPs tweeted a photo showing an obstructed view from what were to be premium seats. Actively watching their social accounts allowed White to address the situation immediately, get in front of it, and turn it into a positive experience.

White expects his athletes to use common sense on their own social accounts, though he tries not to be too strict. He wants UFC fighters to engage with fans; these are the people who show up to events, buy merchandise and otherwise support the business.

“People told us we wouldn’t be able to keep it up, once we grew,” he said, speaking of the UFC’s tendency to connect fans with fighters whenever possible. “It takes longer in a 55,000 seat stadium than it did in a 5,000 seat stadium, but that’s what we need to do.”

The week of each fight, UFC releases a video blog and White goes to work tweeting fans. “We literally follow everything on social, from forums, Twitter, Facebook to… everything.” UFC streams their fights live on Facebook so they can get them engaged in the event in real-time.

Social has really allowed White to connect with the people who are as passionate about fighting as he is, he said. He wants to provide as many ways for people to interact as possible, giving people access to insider shots, backstage conversations and more through whatever new technology is available. 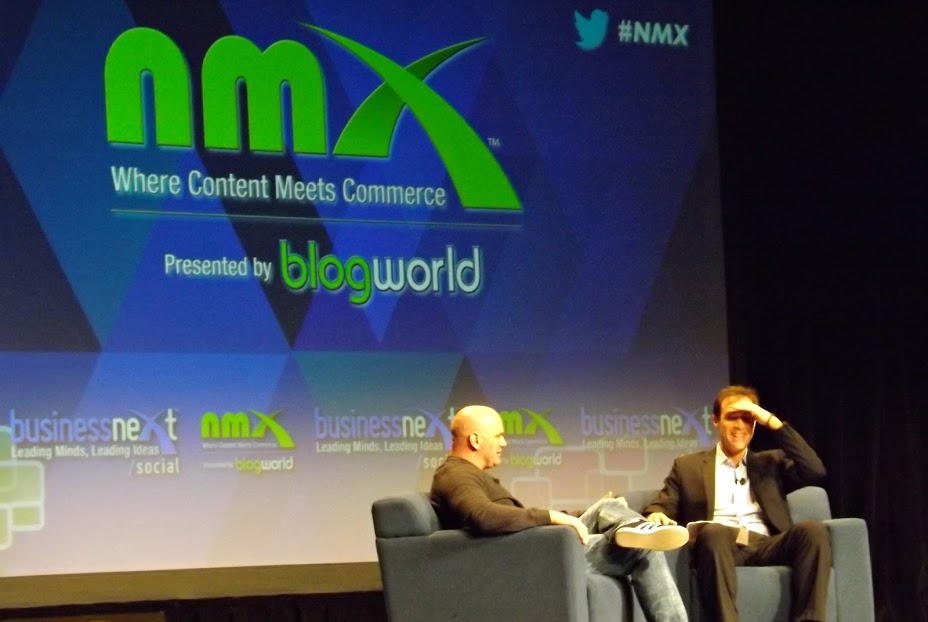 He’s had fights with ESPN and other major networks and social has helped give him and his organization a voice, says White. When he’s been misquoted or isn’t getting coverage, he can put the information out there. “It’s a fight, I’ve had to fight every one of them; then they have to come out and answer, because social gives you a voice.” This tenacity has made his organization one for traditional media to reckon with and a perennial fan favorite.

This is incredibly important for businesses, he says. Companies need to stop trying to sell so much through Twitter and other social channels and experiment until they find the right formula, on the right channel for that business. People don’t want to hear you sell, sell, sell, he said; they want to connect with your brand. They want to feel like they’re a part of what it is you’re doing. Sales are the reward of this focus on community and relationship building, a strategy White will continue to use to give fans the best experience possible while making ultimate fighting a sustainable business.

UFC’s strategy has been as in-your-face and real as White himself, who was a pleasure to listen to this morning. What tips or tricks do you take away from UFC’s social strategy?