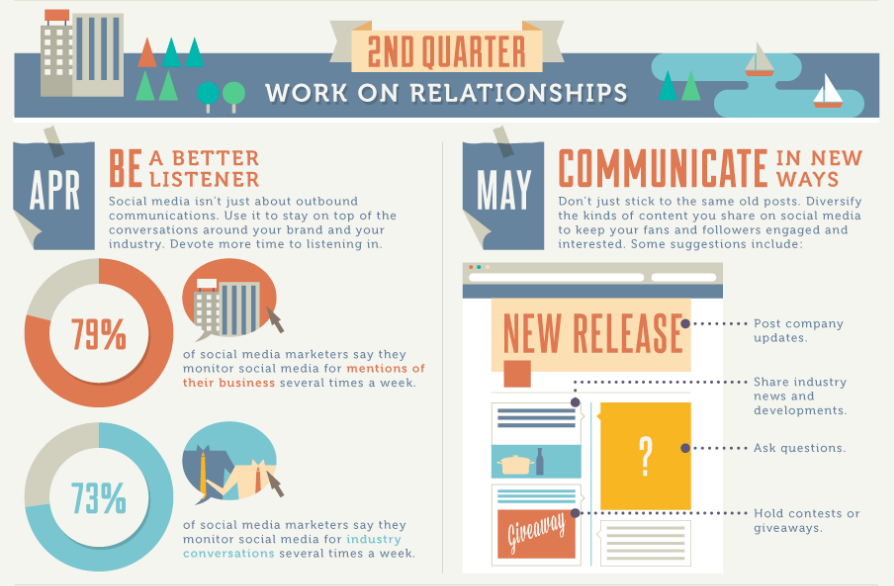 Intuit Shares a Social Media Marketing Roadmap for Brands in 2013

Intuit shared an incredibly helpful infographic on their Small Business Blog to guide marketers in their social strategy this year. Path to Social Success in 2013 assigns a theme for each quarter; we begin the year by taking a social media inventory. As we enter the second quarter next month, it’s time to focus on working on relationships. The third quarter is all about integrating everything, while at the end of the year it’s time to take stock and look forward.

Of course, these are all important aspects of social media management throughout the year. Intuit’s guide is a good reminder to help marketers remember to revisit each area and concentrate on it at some point in 2013.

Facebook Redesigns the Newsfeed, Paid Profile Personalization in the Works?

The internet was rife with speculation all week about impending changes to Facebook’s Newsfeed, which were officially announced yesterday. CEO Mark Zuckerberg compared the new look and feel to a newspaper, which is a far cry from his vision of another core Facebook element – Timeline – as a “scrapbook,” as he said when Timeline was first announced in 2011.  Scrapbooks, of course, don’t have advertisements. The newspaper analogy doesn’t quite ring true, either, given the heat Facebook has taken for continuing to edge advertisements into the Newsfeed with Sponsored Stories and the like. In a newspaper, you can generally tell the ads apart from the editorial. Some users are already seeing the changes, which will continue to roll out in the coming weeks. Expect to see:

Facebook director of design Julie Zhu described the change as, “A richer, simpler, more beautiful Newsfeed – on both desktop web, and mobile. Focused on the things you care about. What your friends are saying. What your network is sharing.”

Interestingly, Zuckerberg also secured a patent recently titled “Paid Profile Personalization.” The published patent describes a paid membership model for users and the possibility of blocking ads or other elements from the page: “The user may select one or more social networking objects to replace advertisements or other elements that are normally displayed to visitors of the user’s profile page that are otherwise controlled by the social networking system… In particular embodiments, the user is billed on a recurring basis for profile personalization.” There has been no official announcement from Facebook on the patent, though this model certainly smacks of the Facebook monetization Wall Street has been crying for. 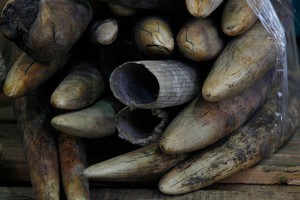 The Environmental Impact Agency isn’t happy with Google, who they accuse of promoting the online sale of elephant and whale products. “Google has laudable policies that prohibit the promotion of endangered wildlife products including whale, dolphin and elephant ivory, but sadly these are not being enforced and that’s devastating for whales and elephants,” said EIA president Allan Thornton.

For their part, a Google spokesperson responded, “Ads for products obtained from endangered or threatened species are not allowed on Google. As soon as we detect ads that violate our advertising policies, we remove them.”

However, the EIA begs to differ. “Google Japan Shopping is promoting the sale of a huge variety of products from threatened and endangered whale species,” said Clare Perry, head of EIA’s Cetaceans Campaign. “These range from endangered fin whales killed in Iceland to products taken from animals killed off Taij. Google must immediately eliminate all such trade.” Read the full story at Search Engine Watch.

What else happened in the worlds of SEO, social media and content marketing this week? TopRank team members share their favorite finds:

How About Focusing More On Building Good Links & Less On Complaining About Google? – Mike Yanke

Blackhats are in a tizzy as Google once again had the nerve to penalize a questionable link network for – get this – being spammy and just plain awful.  As Search Engine Land reports, Google has apparently singled out the Russian-based SAPE link network, despite the fact that it can help your site “rise up the SERPs in no time at all.”  SAPE’s compelling pitch goes on to reveal, “This is no joke, this servive [sic] has been kept well under wraps for some time, although the big players have been onto this for quite some time and have been having all there [sic]own way.” [Editorial: ???] Considering the consistent flow of information from Google has warned against associating with this very kind of site, can anyone be truly surprised by this penalty? Isn’t it time for blackhats to just take their shadiness and negativity to another industry, already?

A picture  may be worth a thousand words. However, for images on a web page, there’s a lot more to it than that! If the image is too large, it slows down the load time, which can lead to a higher bounce rate. Google bots don’t actually look at or read your image, but they do see the Alt Tags. If you create a brief description using the keyword, Google will see that. This also helps improve accessibility for users with slower internet connections or browser incompatibilities, if images do not render. Read more about formatting images for SEO here.

Adoption of photo sharing for brands has had it’s ups and downs.  According to a recent survey however, adoption by the top 100 brands has risen 5% from November 2012 to February 2013.  This increase may be in part to Instagram’s recent addition of web profiles and feeds, which enable brands to better present and review content as well as engage with fans and followers.  What’s the secret sauce for these top 100 brands?  According to the study from Simply Measured, consistency in posting and creativity of photos has a large impact on their success.

Proving once again that a sense of humor can pay big dividends in social media, A&W has done a great job of refreshing its brand for younger audiences. Their new campaigns utilize self-directed insults and blatantly phony outrage, all centered around a revival of their 70’s mascot Rooty Root Bear.

Using tactics such as creating an app that burps, shooting a Harlem Shake video with Rooty Root Bear(s), and manufacturing outrage over a LinkedIn “scandal”, A&W has managed to grow their Facebook audience to more than 154,000.

The open rate for SMS is 98%, with a 45% response rate. Compared to 20% and 6% for email, that’s an astonishing difference. This infographic from MarketingProfs talks about the place and time for texts while dating, and while lead nurturing, with a number of interesting and amusing comparisons. Last year, 9.6 trillion texts were sent worldwide, and this year we are on track to send even more!  How many of those texts are part of your marketing mix?

This Week in the @TopRank Social Community

What did TopRank social community members find interesting or engaging this week? For starters, this piece of sage advice from our Facebook Page:

“Marketing not going as planned? Not getting the performance you need?” 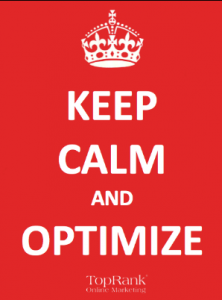 On Twitter, the Dell Social Business team shared some amazing news we couldn’t help but share in turn with our awesome community (this means you): 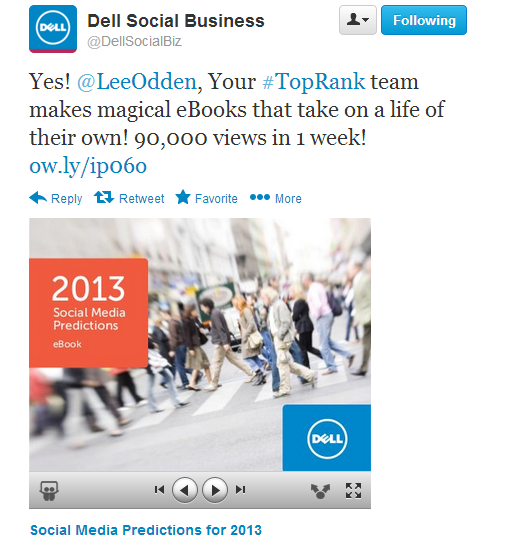 If you’re interested in Social Media Predictions for 2013, Lee wrote a post about it and his contribution earlier this week.

Have you seen the new Facebook Newsfeed and what effect do you predict it will have for marketers? Share your thoughts on this and all of this week’s news in the comments!