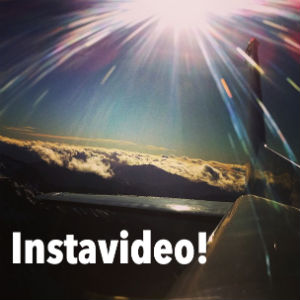 However as CNET reports, it’s a bit of an apples to oranges comparison with the popular Vine, owned by Twitter. Instagram video offers 15 seconds, filters and no looping or touch manipulation. Vine offers 6 seconds, no filters and near immediate upload and publishing.

Here’s a list of some of the first brands using Instagram video from Adage including Burberry, General Electric, Michael Kors and lululemon.

As an experiment, I’ve been trying to make an Instagram video summarizing this week’s story sources, but after 5 minutes, my phone is STILL processing.

Let me know if you like that idea or I might try doing a 15 second roundup talking about the week’s news as an alternative.

Social Networking Reaches Nearly One in Four Around the World – eMarketer

From The Online Marketing Blog Community

Here’s our favorite comments from this week’s posts:

As a response to the post, Opening Up Twitter Analytics to All – Smart Marketing Move ala Google,  Tyrell Biggs says: “A lot of people, myself included, don’t really know a good way to market with Twitter. I put tweets out there and attempt to build an audience, but it never seems like it does the trick. Now that we have access to the analytics behind it though something big may start to happen.”

In reply to last week’s Top Online Marketing News, “Digital Agency of the Future, Facebook Hashtags, Google Gets Waze, Apple Money, Amazon Grocery” Miroslav P. Marchev says: “Recently I have noticed a phenomenon that I call ”the social media standardisation”. All of the trendiest social networks start to look alike by introducing similar services and tips. The ‘freshest’ illustration of that are the hashtags introduced by Facebook these days. A couple of years ago the hashtag was used only on Twitter, after that Instagram intorduced it and now Facebook assimilated it under user’s insisting. However people were using the hashtag on Facebook a long time before it even serve to something. Congrats Facebook you did not surprise us that time :)” 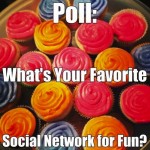 What’s your flavor of short form video? Vine or Instagram? Are you on top of the new Carousel images feature on Google local? Is there a competitor to Google when it comes to mobile advertising? What’s your favorite social network for fun?

Have a great weekend! From the team at TopRank Online Marketing.