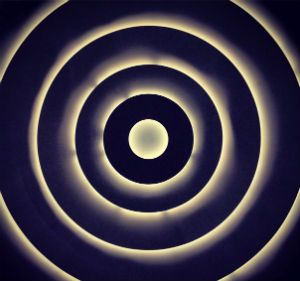 When you spend time creating great content and being useful on the social web (as well as in the real world) it’s inevitable that you’ll be included on a list.  Recognition is a powerful thing and when it comes to lists, the value of inclusion is in direct proportion to how objective and well curated the list is.

A credible list of people, brands or resources will not only attract visitors and shares from the community of the site that published it, but more importantly, inspired sharing by those included in the list itself.

As a public person that creates a lot of content and tries to be useful on the social web, I get included on a good number of lists. On this blog we create quite a few of them too. The fundamental rules for list creation and repurposing with content marketing is to:

1. Drill Down Into List Qualifications –  Maybe a list isn’t qualified competitively or in the case of the example below, there’s a different way to look at qualifying the list outside of the intended purpose.

Cision manages a well managed list of influential marketing and public relations blogs. While influence is an essential part of being able to affect action, findability is a pretty important pre-requisite. Since we’re in the “findability” business, the question was posed: “Top Marketing & Public Relations Blogs Are Influential, But Are They Optimized?”

This new take on the list drilled down into specific SEO opportunities with the blogs included in the list and suggested that great content that influences action is indeed an achievement. The post also made the case for the importance of findability through search and providing word visualization of the top keywords driving traffic to the blogs via search, suggesting that the bloggers compare those topic clusters with how they actually want to be known.

2. Co-Create an eBook with the List – Identifying and sorting a list of resources or people must include some kind of qualitative criteria valued by the community. Expand on those criteria and involve the people on the list with offering insights or advice.

The outcome of asking for a tip relevant to the reason a person was included on a list might be an eBook. A good example of this is the 20 Ways to Rock the Social Web eBook we created as a complement to the 25 Women Who Rock Social Media we publish every year as a blog post.

3. Interview the List – In some cases, those included on the list might be open to doing a longer form version of an interview. These interviews can be conducted before the actual list is published as a way to promote it. Interviews can be in text, real time on a Google+ Hangout or through Skype, recorded and published to YouTube.

With interviews, questions can include target topics and keywords as well as formulated to elicit tactical answers which can then be compiled later for even more repurposed content. Interview answers can also be used as source information in other articles pitched to industry publications.

An example is the series of interviews we did with speakers of Content Marketing World 2012.

4. Visualize the List – Turn the list into an infographic citing industry bios and industry statistics. Additionally, an infographic could work well with the eBook idea mentioned above and include succinct tips from each person.

In the case of the EContent Content Marketing 50, a DM request via Twitter (apropos due to the list’s focus on Twitter influencers) to those included on the list asking for a Tweet sized content marketing tip could then be used to create an infographic.  What’s interesting about this idea is that anyone could do it – and cite EContent as the source. Any takers?

5. Repeat the List – When smart research and effort has been put into creating a list, one of the greatest opportunities is to make it a repeatable event. Annually is probably the safest, although monthly works too.

We publish the 25 Women Who Rock Social Media list once a year. Our list of the top UK Online Marketing Bloggers & Influencers started out being a yearly list, but now updates monthly thanks to our friends at Traackr, the influence identification and scoring service that makes the list work.

Each year you publish and promote the list, more people are aware of its existence and look forward to it.

On the first go of a list, it’s important to gauge the credibility of the publishing site with the community and the connections with the people or resources included in the list before asking for interviews or deeper participation. Essentially, the more credible the publishing site is, the more likely list participants will be interested in co-creating content.

When creating, repurposing and optimizing a list as part of your content marketing mix, it’s important that you do your homework to identify the intersection between target audience goals and brand objectives. Select topics, list qualifiers and repurposing efforts that result in a win for everyone involved. Doing so will engender trust and credibility so that your audience anticipates the next list.

What are some of your best ideas for list optimization? Which of these tactics have you seen in play and what are your favorites?