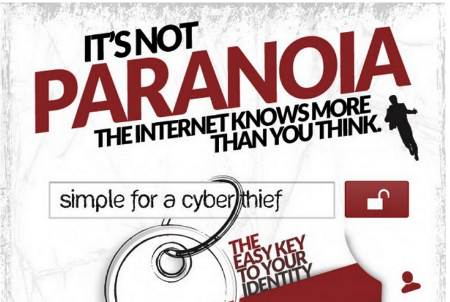 The new movie Paranoia has partnered with the Huffington Post to create an infographic touting the dangers of poor social media and internet security. The movie stars Harrison Ford and Gary Oldman as two powerful tech billionaires — and bitter rivals. Also in the movie is Liam Hemsworth, a young superstar trapped in their life-and-death game of corporate espionage. The infographic includes statistics and common mistakes that lead to compromised internet security that topically falls in line with themes in Paranoia. Overall a clever use of content to promote a movie.

LinkedIn launches new Company Page analytics for tracking follower growth, post performance and more. There are also filters for looking at clicks, likes, comments and shares – The Next Web

Google to power internet in Starbucks – Starbucks has a new deal with Google to provide free in-store Wi-Fi to customers using laptops, tablets and smartphones in its stores that will be ten times faster than the current wireless service it offers through AT&T – Variety

Pinterest offers new price drop notification feature with product pins. With tens of millions of product pins on Pinterest, the new feature will almost certainly be a driver of commerce for companies with a robust Pinterest presence Pinterest

Report: Facebook Will Sell 15-Second Video Ads For $2.5 Million A Day. Bloomberg reports that Facebook will sell 15 second long television-style ads, that will appear on its site, for as much as $2.5 million a day. By comparison, 30-second ads on the Super Bowl tend to go for $3.5 million – Business Insider

Report: Stronger correlation between Google+ and search rankings than Facebook and Twitter. Sites that have a high number of social shares, comments, tweets and +1s tend to rank better in Google, according to a new report from Searchmetrics Econsultancy

Report: Now is the time for real time marketing. 77% of marketers in North America said real-time personalization was a high priority and Email Marketing was the top realtime marketing tactic used – eMarketer

Media Usage On Rise Due To Multitasking – Overall, average time spent with digital media per day is expected to surpass TV viewing time for the first time, this year. The average adult will spend over 5 hours per day online – MediaPost

From The Online Marketing Blog Community:

On “Successful Facebook Marketing Examples, Tips & A Secret from Mari Smith“, Barry Ricks said: Great read and thanks for the tool tips. I wanted to see if you agree with the strategy of 80%/20% rule. Which is where you should share 80% of your posts as others content and 20% of your own. Do you think this is a good way to do things.

Response: Some ratio where you are sharing more than promoting is a good rule of thumb. Even then, it depends on what you are promoting. If your content is especially entertaining or interesting, go for it. In the end, what’s important is being useful and meaningful.

On “5 Reasons Why Employees are Your Best Brand Advocates” Barry McFadden said: I always encourage employees to Twitter and Facebook under their own names. And to do it as an organization as well. But try to get as many links or tentacles out there into the marketplace to try to bring people into your business. I believe it’s all good. The benefit of the company will accrue to the individuals, and conversely the brand equity in the individuals will accrue to the company. Everybody is an ambassador for the company.

Is email marketing in a sad state due to the lack of opt-in delivery? Do you think Google will begin powering internet at other retail chains and what does that mean for personalization and privacy? What about Pinterest? A potential competitor for Facebook? Wait, when it comes to social commerce, they already are!

Have a great weekend friends!