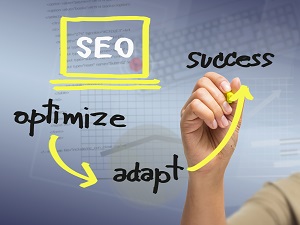 Web Developers often faint at the mere mention of ‘schema’. The mysterious term conjures up thoughts of impossible code to implement with benefits that seem difficult to pinpoint. At least, those were some of the perceptions surrounding schema markup.

Anne F. Kennedy, the sessions first speaker and member of the SES Advisory Board, wants to reduce that fear among the SEO community surrounding schema markup and explain the benefits derived from their usage. Kennedy polls the office and asks ‘how many currently use schema markup?’ With what appears to be a little over half raising their hands, a little step back is needed.

So Kennedy starts us with the basics: What is a ‘schema’ anyways?

Schema is ‘a cognitive framework that helps organize and interpret information.’ Why it matters in search – and why this particular session is well attended – is because search engines crave information that help them categorize content, both literally and contextually. More importantly, they need that information to be organized in a way in which it can be easily understood.

But schema markup is not new, as Kennedy notes. Schema.org – a joint effort by Google, Bing & Yahoo to develop a universal set of structured data – actually launched in June, 2011. However, in the wake of Google Hummingbird, where context is becoming even more important in search – as opposed to literally matching keywords to onpage ‘matches’  – providing more signals that can help search engines understand context is a necessity. Or as Kennedy more succinctly puts it ‘[g]et over keywords! Feed the search engines entities’ of information.

Rich Benci, COO of Algebrize, takes over the floor and guides the conversation towards results.

If you’re needing proof of this new SERP reality, try searching for a celebrity. What you’ll undoubtedly find, like the example below for one of the more famous Chicagoans, is SERPs are highly influenced by schema markup. In this case, ‘Person’ schema markup is driving results that include a Knowledge Graph that clearly organizes certain information about Kanye West.

While talking results, Benci passionately clarifies the difference between ‘schema markup’ and ‘rich snippets’. To summarize Benci’s point, schema markup is a classification of code, where as rich snippets is one of several ways that the subsequent information can appear in SERP (Knowledge Graph is another).

Schema.org includes a lengthy list of categories of information that can be organized with schema markup. While too numerous to mention all, the full list can be found at schema.org. Key categories include:

If you aren’t able to locate a category of information that applies to your company, you can provide feedback to schema.org and make the case for additional categories.

How Fast Does it Work?

Schema markup does not yield results immediately, according to Benci. While he shares that he has seen dramatic progress in how quickly search engines are reading, interpreting and presenting new results based on schema markup, he cautions that businesses should expect it to take 5-6 weeks – provided the code is properly installed – before results are present.

He also makes an important point, and one that many SEOs may struggle with: we are not entitled to rich snippets appearing in SERP. There’s no guarantee that the schema markup will produce results in SERP. Instead, Benci counsels practitioners to view successful results as being ‘awarded’ rich snippets. A result that is made more likely in Benci’s opinion by the comprehensive (and correct) implementation of schema markup on a site.

Getting Started with Schema Markup Tools

With a few new tools in our arsenal and a better understanding of how schema markup impacts SERPs, the session ends. Is it a coincidence attendees immediately locate the nearest flat surface so they can unfold their laptops and pull up their site? That’s not for me to say.