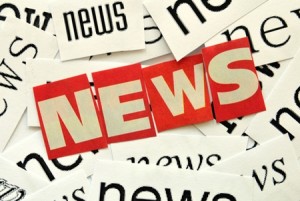 When Matt Cutts, head of Google’s web spam team, announced that links in press releases have no value for SEO, it created a lot of discussion and debate in the SEM community. But, if you look at his comments in their entirety, you’ll notice that he also said press release sites do have value for press and marketing reasons as Cheryl Conner, contributing writer at Forbes, so eloquently points out.

A consistent public relations program (that might include press releases) will help build general awareness of your product, service or brand and will supplement any direct marketing and advertising efforts. One good media placement, whether it’s an online blog, like Huffington Post or an online print counterpart, like Inc., can lead to a substantial increase in web traffic and sales growth potential. For many small businesses, the press release is still the most cost-effective way to get their unique angle out to local media.

TopRank has been a pioneer in the field of using press releases as an online marketing tool since 2001 when the agency was founded. In fact, there was a period of 3-4 years where TopRank provided SEO consulting to PRWeb to help them improve the search visibility of press releases being purchased by PRWeb customers.

That said, press releases have evolved from a largely media relations-based discipline to a modern profession steeped in a complex mix of stakeholder engagement, reputation management and services that blend paid, earned and owned media (i.e., advertising, PR and marketing).

Let’s not leave out the importance of the online newsroom and it’s evolution as a resource hub for today’s journalists. With the proliferation of social media, the online newsroom has become a must-have digital tool for all areas of communication, including investor relations, employee relations, marketing and brand awareness.

Press releases represent content, although the format, application and distribution have evolved. They can still reach journalists, but are also effective as direct to consumer content marketing as well.

Online and digital news consumption, meanwhile, continues to increase, with many more people now getting news on cell phones, tablets or other mobile platforms. The percentage of Americans saying they saw news or news headlines on a social networking site yesterday has doubled – from 9% to 19% – since 2010.

Among adults younger than age 30, as many saw news on a social networking site the previous day (33%) as saw any television news (34%), with just 13% having read a newspaper either in print or digital form.

These are some of the findings in the Pew Research Center’s biennial news consumption survey, which has tracked patterns in news use for nearly two decades.

After nearly a year of research, the Public Relations Society of America (PRSA is a TopRank client) announced the winning definition of modern public relations:

“Public relations is a strategic communication process that builds mutually beneficial relationships between organizations and their publics.”

They also listed a number of reasons companies use news releases and why.

That’s a long list of reasons why your organization should be including news releases in your ongoing content marketing arsenal.

What the Experts Are Saying

“Before the rise of social media, public relations were about trying to manage the message an entity was sharing with its different audiences. Now, P.R. has to be more about facilitating the ongoing conversation in an always-on world.” Adam Lavelle, a member of the board of the Word of Mouth Marketing Association who is the chief strategic officer at the iCrossing unit of Hearst.

“In a world where the ordinary consumer is walking around with global publishing power in his or her pocket, the role of public relations and corporate communications has shifted from creating content to attempting to influence the content that’s created by others.” Dan Tisch, chairman of the Global Alliance for Public Relations and Communication Management, chief executive at Argyle Communications

This 113-year old Pittsburgh institution of higher learning isn’t resting on its reputation alone to get the word out. Carnegie Mellon is in the news nearly 365 days a year. From ground-breaking research to award-winning faculty, the university prides itself on an interdisciplinary philosophy. To that end, below is a press release for their College of Fine Arts, promoting an International Film Festival.

What Carnegie Mellon is Doing Right:

Here’s an example of a brand demonstrating the characteristics of the real-time, data-driven newsroom — a model that’s prolific, agile and audience-centric and takes the online newsroom one step further with its brand journalism website.

What Coca-Cola is Doing Right:

Press releases represent a great way to engage in inbound marketing. No longer do you have to rely on a constantly churning media list to secure coverage and visibility. Today, your press release has thousands of opportunities to make a lasting impression online.

Are you still using press releases as part of your media relations or online marketing mix? Do you use press release distribution services or do you send them directly to your media contacts list?

To check out more of our content marketing tactics articles, please be sure to visit the index.