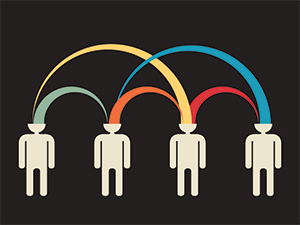 Influencers are influential. They have a significant following on their social channels and are so knowledgeable about a topic that people not only like to consume their content, but share it. Engaging an influencer and being promoted by them is a great way for your brand to increase visibility, grow a following, and rank in search. Sounds simple right? It’s actually something many brands struggle with.

There are over 500 million registered Twitter accounts, 300 million active monthly Google+ users, and 1.26 billion Facebook users. Add to that the 150 million people that are active on Instagram in any given month, the 70 million on Pinterest, and the 238 million members on LinkedIn and it’s no wonder finding influencers is a bit like playing “Where’s Waldo?”

But it doesn’t have to be. There are dozens, if not hundreds, of tools out there that can help find influential people in your industry in an easy, cost-effective manner. The problem becomes how to choose from all of those tools. Don’t worry; we’ve made that easier too. Here are three tools we love for finding influencers on Twitter, Google+ and LinkedIn:

For Twitter: Followerwonk
A picture is worth a thousand words. Followerwonk knows that, and shows you a majority of data in visual formats to make it easier to understand.

The tool, which delves deeply into Twitter analytics, can show you things from who your followers are and where they’re located to when they tweet, what keywords are used most often by your followers (or those you follow), who you’re following relative to someone else, and when your most active hours for retweets are. Finding influencers is made easy by the search Twitter bios function. Enter a keyword – a product name, a topic, an industry, whatever seems relevant – and Followerwonk generates a report for you of everyone who uses that term or phrase in their Twitter bio.

The list bolds the word you searched for, shows the name and avatar of the account, how any followers they have, and their social authority. Sorting by relevance, or social authority can help you pinpoint people who are influential on Twitter for that phrase.

The tool makes it easy to follow the people you find by including a “Follow” button next to the avatar of those who show up in your search. The free account has some reporting limitations that can be circumvented by ‘subscribing’, which is free for 30-days.

For Google+: Circle Count
Designed to help you understand Google+, the homepage of the tool shows popular categories like: people with highly engaging content, most followed profiles and pages, and today’s cream of the crop which highlights interesting profiles. All of the categories are great places to look for inspiration and creative ideas.

How it works: you can search using a name, location, or the URL of a profile to generate a list of results. Click on any one of them, and you’re taken to a profile of information. What you’ll see: The profile has a ton of useful information in it including:
• Links to their other social channels
• Bio & Occupation
• Profile rank (where their profile ranks out of all Google+ profiles)
• Number of followers and following
• Follower history graph
• Average activity numbers for the last 50 posts
• Stream of latest posts

Feature we really like: the profile also shows how many public circles the person has been shared in. Taking it one step further the Circle Count reports who shared, the number of followers they have, the date of the share, how many users are in the circle they shared to, and how many comments, reshares and +1s the share received.

That feature is a great way to identify the influencers that are engaging with your content and have a noticeable interest in that topic. You can click on any name in the author column and be taken to their Circle Count report and follow their page from there.

The tool is also a great way to search for influencers you’ve identified on other channels to determine their klout on Google+.

The numbers of each profile are the public numbers shown on Google+. However, the platform caches the numbers so the profile generated by Circle Count isn’t always the most up to date data.

Not all profiles will show up in Circle Count but can be added by using the URL or profile ID on the homepage.

For LinkedIn: Influencers Program
Launched a little over a year ago, the Influencer Program on LinkedIn allows thought leaders to share their original content directly with LinkedIn users. Users in turn can follow influencers to read and interact with their content, along with sharing it with their own networks. There are over 300 influencers in the program. Their average post receives around 30,000 views and is read by entry-level professionals all the way through to director-level and above.

You can browse influencers by a list of them all, or by channel which sorts the posts by topic. The channels cover a wide variety of information from accounting, customer service, the economy, and green business to healthcare, online advertising, retail and technology.

Not only are the authors influencers themselves, but make sure to pay attention to the people who interact with the post. People who comment, like and share content have shown an interest in the topic, and demonstrated their own knowledge in their posts. Those kinds of people are likely to engage with your content, and can be great people to cite and connect with!

Influencer marketing has the ability to help your brand reach its audience in a personal, honest way that doesn’t take a huge bite out of your budget. There are tools out there to help you narrow down the arena of social media users to a manageable list of people worth connecting with. But it’s up to you to build a relationship with them through engagement, support, and conversation.

What tools have you used to find influencers? What are some unique ways you’ve begun to engage with them? Let us know in the comments!