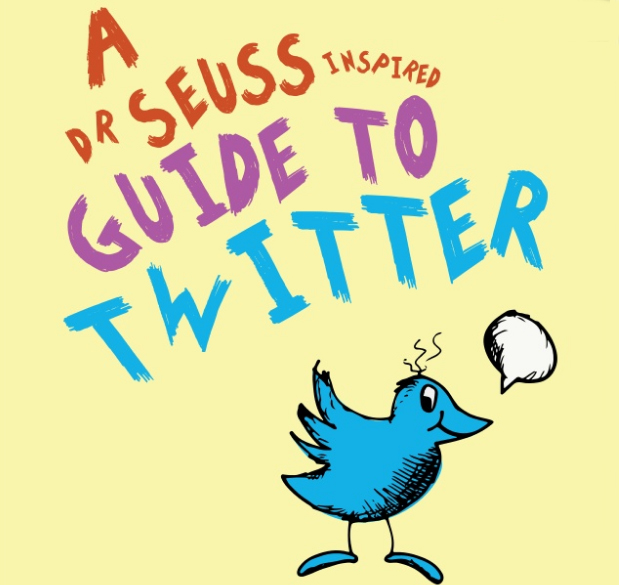 A Dr. Seuss-Inspired Guide to Twitter – Dr. Seuss, the writer and illustrator behind children’s classics The Cat in the Hat, How the Grinch Stole Christmas! and The Lorax, would have turned 110 on March 2nd. We think that if he were alive today, he would have been a social media master. So to honor his wit and wisdom, here’s our interpretation of the Seuss guide to Twitter. HootSuite

Now Official: Google Adds Restaurant Menus To Search Results – Google announced that it’s now showing restaurant menus as a OneBox-style answer at the top of its search results. It seems to be primarily triggered by searches that involve both the restaurant name and the word “menu,” although Google’s example involves a query that starts with “show me the menu for….” Search Engine Land

203% Growth In Social, Only 31% In Publisher-Based Mobile Apps In 2013 – Gartner’s latest mobile industry report is out. Worldwide sales of smartphones to end users totaled 968 million units in 2013, an increase of 42.3 percent from 2012. Sales of smartphones accounted for 53.6 percent of overall mobile phone sales in 2013, and exceeded annual sales of feature phones for the first time.

Facebook Cuts Into Google’s Lead As Top Traffic Driver To Online News Sites [Report] – Add this to the ongoing debate over whether social or search is driving more traffic to online publishers: new data from Parse.ly shows that Facebook took a big bite in January out of Google’s lead as top traffic source for some of the biggest news publishers on the web. Marketing Land

Google AdWords Redesigns Notifications & Alerts – Google announced on Google+ that the roll out of the new notification and alerts icon in the Google AdWords advertising console should be live for all soon. Google said they began rolling out the new design “earlier this month.” They said the new approach is “more streamlined” for the notifications and alerts system in AdWords. Search Engine Roundtable

Study: Facebook Users Ignore Brands’ Content – An upcoming study from Web-content and customer-experience-management provider Kentico Software highlighted some of the challenges faced by brands on Facebook and other social networks, as its survey of more than 300 adults aged 18 and up found that the majority of them usually ignore posts by brands. AllFacebook

Tumblr Adds Its First Director Of Media – Sima Sistani has been named director of media at Tumblr reports The Hollywood Reporter. She had been the director of mobile growth at Yahoo since August of last year, according to her LinkedIn profile. The position is a new one within the micro-blogging service, and Sistani will report to Lee Brown, who heads up brand partnerships at the site. She’ll focus on courting the entertainment industry through partnerships and help celebs with their Tumblr presence. SocialTimes

61% Of Marketing Pros Use Social Media Analytics Tools [STUDY] – Almost two-thirds of marketing professionals use social media analytics tools, with campaign tracking their number one objective, reveals a study by Demand Metric that was sponsored by NetBase. AllTwitter

Brands’ Organic Facebook Reach Has Crashed Since October: Study – It’s no secret that the portion of a brand’s Facebook fans who see posts that aren’t supported by ad spend is dropping. In a sales deck sent to partners last fall, the social network acknowledged what some brands had observed for more than a year — that organic distribution of posts on brand pages was declining — but it didn’t quantify the extent of the decline to be expected. AdAge

Yahoo to Block Social Log-Ins From Facebook and Google – Yahoo will prevent users from signing into its services using Google or Facebook accounts, saying instead they will need Yahoo IDs. Yahoo revealed the news to Betanews, saying that it will roll out the new log-in process gradually, a process that will require users of the website’s services to register for Yahoo IDs rather than logging in with Facebook or Google accounts. ClickZ

New Google Search Layout Has No Underlines, Makes Titles Bigger – Users in Europe are seeing a new variety of Google search results, which many believe is related to Google’s European antitrust agreement. The new layout was spotted by Dan Barker. Interestingly, the new layout makes it harder to distinguish the ads from regular search results. Search Engine Watch

Since It Can’t Sue Us All, Getty Images Embraces Embedded Photos – For the past decade or so, the best defense Getty Images could find against the right-click button on your mouse—home of the “copy” and “save” functions—has been a team of scary lawyers. By copying one of its images and using it on your blog, you’re entering a random drawing where the prize is a terrifying letter offering a tutorial in copyright litigation. BusinessWeek

LinkedIn Opens Sponsored InMail Gates to Mobile Ads – LinkedIn is stepping up its content marketing offering with Sponsored InMail on mobile. From now on, marketers and advertisers will be able to leverage users’ inboxes to get content in front of their eyes. ClickZ

Looking for Content Marketing Training? School Is Now in Session! – According to our annual content marketing research, organizations are investing about one-third of their marketing budgets on content marketing — and the majority are planning to increase their spend in the next year. While this seems like good news, our research also found that fewer than half of marketers consider themselves to be effective in the content efforts they produce. Content Marketing Institute

Mobile Represents 30% of Ecommerce Site Traffic in 2013 [Study] – If you’re curious about what the state of ecommerce looked like last year, ShopVisible recently released a report that highlights mobile benchmarks, payment methods, shopping channels and more for 2013. What it found was 30 percent of site traffic came from something other than a traditional desktop/laptop, and up to 7 percent of total online revenue came from comparison shopping engines. ClickZ

Bing Launches ‘Bing Saves’: Save And Organize Content Found Through Bing Searches – Bing has officially launched a new feature designed to help users save, organize, and share the content they find on Bing searches. Bing Saves is available for access as a public beta on bing.com/saves, where you can also get toolbar bookmarklets that allow you to save content to Bing that you find elsewhere on the web. Search Engine Journal

3 in 4 Retailers Believe Mobile Will Soon Influence the Majority of Consumers’ Purchases – A new study from RSR Research indicates that already, almost half of retailers believe that mobile influences consumers’ purchases more than half of the time. And they’re even more confident of mobile’s influence in the years to come: some 44% believe that mobile will in 3 years influence consumers’ purchases at least three-quarters of the time, up from just 9% who currently feel that mobile carries that level of influence. Marketing Charts

Study: 60 Percent Of Adults Switch Screens During The Day – Echoing a 2012 study by Google, Facebook this morning released findings from a new research about multiple device usage. While offering some different figures and percentages it essentially backs up the earlier Google results, which show that people use multiple devices throughout the day and for different purposes. Marketing Land

Survey: 87 Percent Want “Do Not Track” To Elude Marketers – There’s a massive gap between marketers’ increasingly aggressive use of data and consumers’ desire not to be tracked and targeted. This is not a new issue. However a new survey from social marketing firm Communispace underscores the chasm. Marketing Land

On 5 Ways to Grow Your Blog Community and Readership, Dr. Anthony C. Edwards said, “I really appreciate your advice about writing from the consumer’s perspective rather than the company perspective. While we are trying to drive a particular response from the reader, it’s important to remember that we are writing to people and they often appreciate recognition.”

Henley Wing said, “I love tips #2 and #3. Nobody really wants to hear how awesome you are they, they want to hear how you can make them awesome. Understanding the pains, fears and needs of your audience is a great way to resonate with them.”

Anoop Srivastava added, “Lee, I love your first points Facts tell, but stories sell. If we write story with facts, people will start reading it.”

And Barbara Mckinney commented, “Thanks for the tips Lee. I agree with them all especially with #5.To optimize and socialize your content in social media is one the most important things to do to reach your audience.”