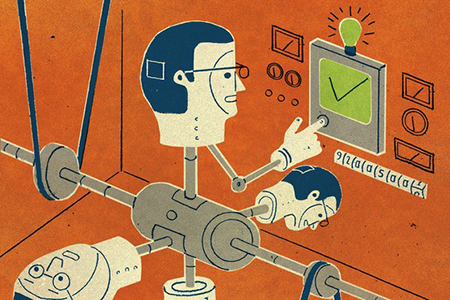 Twitter Adds Multi-Photo Posts and Tagging – We’re rolling out two new mobile features that make photos on Twitter more social. One is photo tagging, which lets you tag the people in your photo; the other is the ability to include up to four photos in a Tweet. Twitter

Facebook, Google, Twitter, LinkedIn combine to launch WebScaleSQL – Facebook’s oft-stated mission, per Mark Zuckerberg, is to make the world more open and connected. The social network joined tech giants Google, Twitter and LinkedIn to make this happen faster. The four companies announced Thursday the launch of WebScaleSQL, described by Facebook Software Engineer Steaphan Greene as, “a collaboration among engineers from several companies that face similar challenges in running MySQL at scale and seek greater performance from a database technology tailored to their needs.” Inside Facebook

Instagram Surpasses 200 Million Users and 20 Billion Photos – It appears that Instagram and their hefty one billion dollar price tag was one of the most valuable Facebook acquisitions over the past two years. The photo sharing network has officially topped 200 million users who have posted 20 billion photos to date. Marketing Land

A ‘Crisis’ In Online Ads: One-Third Of Traffic Is Bogus – Billions of dollars are flowing into online advertising. But marketers also are confronting an uncomfortable reality: rampant fraud. About 36% of all Web traffic is considered fake, the product of computers hijacked by viruses and programmed to visit sites, according to estimates cited recently by the Interactive Advertising Bureau trade group. The Wall Street Journal

Survey: Brands Using Twitter Primarily To Boost Awareness; Sales an Afterthought – US brands are most likely to be using Twitter as a marketing tool in order to increase brand awareness, according to the full results of a survey from Social Media Marketing University (SMMU), the initial results of which were released a little more than a week ago. A majority of the 1,112 brands surveyed also use Twitter to drive traffic (58%), engage existing customers (55%) and find new leads and customers (51.9%), but few are looking to drive sales (24.4%). Marketing Charts

Twitter Ups The Ante On Impression Metrics, Tests Showing “Views” In Tweets – Twitter is bringing more metrics to the people, experimenting with showing users how many times their tweets have been viewed. This test — another potential tweak to provide positive feedback and encourage more use of Twitter — was spotted on a users’ iOS Twitter app and reported late today by Casey Newton in The Verge. Marketing Land

Report: Most Brands Are Not Prepared To Manage Negative Social Comments – Over half of brands (55.5%) do not not have an effective strategy in place to deal with negative comments on social networks, according to a recent report from Social Media Marketing University (SMMU).  MarketingProfs

Facebook Exec: Cookies Don’t Cut It Anymore For Online Ad Measurement – Measuring online advertising today is like trying to boil a swimming pool with a Bunsen burner. It’s hard. It’s hard for a number of reasons, but the most difficult one — and one which the industry is finally just beginning to recognize — is that measurement today is about cookies, not people. Cookies don’t cut it any more. It’s imperative that we move toward people-based measurement — and soon. People-based measurement gives marketers both accuracy and transparency, and has the added benefit of eliminating wasteful spending. Ad Age

Twitter Adds One-Touch Ad Videos To Mobile Feed – Hey, Mr. Marketer. Big piece of news that you can use – people love to watch videos. Especially short, funny or exciting videos on their mobile devices. What they don’t like is having to click a bunch of times because clicking is boring. Twitter’s got you covered. They just began testing a feature that puts the video clip right in the timeline so all the user has to do is click once. Marketing Pilgrim

Mobile Devices to Account for 50% of Paid Search Clicks by December 2015 [Study] – If you’re investing in search advertising, the time is now to understand your mobile audience. In its latest research, online advertising platform Marin Software forecasts that mobile devices will comprise 50 percent of all paid search clicks by December 2015 at the current rate of growth. Search Engine Watch

Facebook Answers Questions About New Page Design – Shortly after Facebook started showing its new design for pages, many marketers and page admins were curious about it — especially the location of tabs and apps. In a blog post Monday, Facebook answered some of the questions it has been receiving about the new design. Inside Facebook

First Touch: In 9 Of 10 Industries Search Tops Lead Generation, Social Shortens Marketing Cycles – In a new paper, Bizible analyzed data from the more than 480,000 leads that have been tracked through its Salesforce marketing analytics platform to provide insights on how marketers should be thinking about attribution modeling and why the traditional last-click model is broken. Marketing Land

On Email Marketing Essentials: A Checklist for Writing Emails That Get Opened, Ryan Biddulph said, “Climbing into your own inbox is solid gold Brooke! Each tip rocks but this one works well for me. I see what caught my attention, what was boring and what made me open. Only a few warrant opening. I delve into why I did it and mirror the approach….if it’s honest of course lol.”

Sam Fischer shared his thoughts on 5 Must Read Perspectives on Social Media Marketing Strategy. “Your business always needs a bit of personalization. When you start caring about people(potential customers) then you have figured out the the concept of social media marketing.When people get want they want they will definitely open their wallets.When customers are happy then sales figure rises upon itself. I would say SMM is the next generation’s marketing phenomenon.Giving us insight into all social media giant’s perspective was a great idea.thanks I feel enlightened.”

Barbara Mckinney shared some social marketing wisdom by saying, “For me,determining the key goals of your social media marketing campaign and then targeting your efforts in a way that reaches the correct audience is critical at the beginning so you don’t end up in a free for all effort that ends up being a time suck.”

CJ Creative Solutions added, “I believe a combination of each of these 5 points will bring it home. Beginning with Matt’s theory on knowing your brand. This is where it must begin to be authentic and well received by the desired audience. If you don’t know who you are as a brand and organization, you wont make real connections. I employ a HIRE strategy to build brand awareness based on our knowledge and confidence of who we are as a brand. Humor, inform, relevance and engage – connecting and building dialogue to let an audience see who you are. Keep transparency and carry on.”