Study: Twitter Reveals Which Tweets Get The Most Engagement – We’ve seen third-party studies on what makes a tweet succeed, like this one, for example. But Twitter went ahead and did a study of its own, looking at more than 2 million tweets from verified accounts in the United States. What it found was that adding video, links and photos all result in “an impressive boost in the number of retweets,” Twitter said. Search Engine Land

Twitter Quickly Shapes Public Opinion (And It’s Touch To Change) [Study] – Does your opinion change based on the tweets you read? A new academic study shows that opinions are formed very quickly by the Twitter hivemind, and once formed, they’re difficult to change. As International Business Times reports, a new journal article in Chaos from Chinese researchers Fei Xiong and Yun Liu explores how tweeters’ opinions are formed and how they change – if at all. AllTwitter

Facebook Announces Premium Auto-Play Video Ads For Mobile – Auto-play video ads are making their way to the mobile News Feed. Facebook on Thursday announced that a select group of advertisers will have access to premium video ads on mobile, which will play automatically without sound. The user can then tap the ad to play sound and see the video in full-screen mode. All Facebook 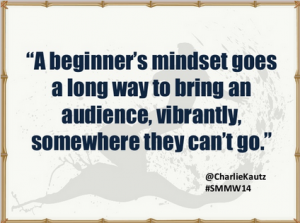 Google’s Matt Cutts: New Softer Panda Update Coming Soon – At SMX West Matt Cutts of Google announced they are actively working on the “next generation” Panda update that will “soften” the algorithm. Matt specifically said this is aimed at helping small businesses that may be impacted by the Panda algorithm. Search Engine Roundtable

Google+ Link Posts Receive Massive Thumbnails Like Facebook – Back in early February, Google rolled out an improvement which turns link URLs in posts into buttons, which when rolled over with a cursor, would allow the user to add the associated +Page to their circles. The update rolling out today compliments this change quite well: webpage titles and images are now larger. Google Plus Daily

96% Of Consumers Find Video Useful When Buying Online – Online video is increasing in importance and effectiveness when it comes to purchase decisions. Nearly three quarters of consumers are more likely to purchase a product or service if they can watch a video explaining it beforehand. Econsultancy

Infographic: LinkedIn Drives The Majority Of B2B Leads and Conversions – Last year the Investis IQ Audience Insight Report found that two thirds of visits to corporate websites from social networks came from LinkedIn. New research from Oktopost shows that LinkedIn not only drives more traffic but also the vast majority of B2B leads and conversions, reinforcing its position as the key social platform for B2B marketers. Social Media Today

Facebook Testing Business Manager, A Powerful Tool For Agencies and Large Businesses – Managers of Facebook pages for agencies and large business take heart. Facebook is testing a new dashboard that seems to solve many issues that have for years frustrated those managing large stables of pages. Marketing Land

Real-Time Advertising Spend Increased 80% In 2013: infographic – Real-time advertising spend increased 80% in the UK in 2013 and now accounts for 14% of the display market, according to data included in a new infographic. The graphic also highlights the growth of premium real-time display and video inventory, as well as the variety of brand formats available. Econsultancy

76% Of Second-Screeners Aren’t Looking For TV-Related Content – Second screening is a fact of life in our new mobile-enhanced world. Regardless of how interesting a TV show might be, viewers will always turn to their phone to check messages, share their thoughts via Twitter, or just aimlessly browse Instagram. Econsultancy

Study: Social Media Isn’t Replacing Traditional News Outlets At All – A new survey unearthed some interesting data regarding our news consumption: Readers don’t seem to really care about what organization they’re getting their news from, or what device format they’re reading on; what matters, really, is the news itself. Fast Company

Twitter Testing new ‘Fave People’ Timeline That Displays Only Your Favorite Accounts – Twitter is letting some of its early testers view tweets from only their favorite users with a new “Fave People” timeline. The feature recently appeared in the alpha version of Twitter for Android, meaning it may be some time before it’s packaged into the company’s regular mobile app — and it could easily be scrapped before that happens. For now, TechCrunch has posted several screenshots of Fave People. The Verge

Study: Emotion Are Contagious via Facebook, Especially When Positive – Don’t worry, be happy. And according to a study of more than 100 million anonymous U.S. Facebook users and more than 1 billion of their posts — conducted by Facebook and researchers at the University of California San Diego and Yale University — your happiness might spread to your Facebook friends. AllFacebook

Study: 4 In 10 Get Their News From Social Media (But They Don’t Really Trust It) – How do you take your news in the morning? If you’re like four in 10 Americans it’s via social media, reveals a new study. However, about that same amount of people don’t trust news from platforms such as Twitter and Facebook, and most still prefer to receive their information directly from news organisations. AllTwitter

The Most Influential Social Networks Of 2014 [Infographic] – Collecting a decade’s worth of data on the number of user profiles across social media networks, Jeremy Waite put together this infographic for Adobe Social. Granted, the data does not provide details of active versus inactive users, but it is valuable nonetheless. Waite wanted to look at which social networks people were most interested in joining over the last 10 years and where those networks stand today. SocialTimes

Facebook: Opportunity For Earned Media Still As Rich As A Year Ago – Facebook keeps coming under fire that it’s harder for brands to get the free exposure — “earned media” — that they once got. But Facebook says it’s not so — it more a matter of adjusting how you measure your earned success. Marketing Land

Half Of Content marketers Believe Social Media Is Their Most Effective Business Strategy – 71 percent of companies use social media for content marketing, with more than half (53 percent) viewing it as the most effective strategy for their business, reveals a new study. AllTwitter

Study Confirms Smartphones Now #1 Screen, Beating TV – A report released this week by Millward Brown takes a quantitative and qualitative look at multiscreen activity from a number of perspectives. The report is based on a global survey (n=12,000 respondents, 30 countries). The US sample was 444 people, with some behavioral monitoring and interviews. Marketing Land

Facebook Eats Away At Google’s Share Of Mobile Ad Pie – According to the latest eMarketer forecast, released on Wednesday morning, mobile ad spending worldwide grew by 105% in 2013 and is on pace to expand to $31.5 billion this year. And the two Internet giants, Google and Facebook, are increasingly taking the lion’s share—the pair netted 67% of mobile ad revenues last year, up from 58% in 2012. AdAge

Only 20% Of CMOs Use Social Media For Customer Engagement – In its series of reports surveying C-level executives, IBM’s latest study revealed only 20 percent of the chief marketing officers polled leveraged social networks to engage with customers, and a growing number feel overwhelmed with the amount of available data. Marketing Land

On the post Organic Facebook Marketing Tips From The Pros, Ryan Biddulph said, “All experts are spot on but I think Mari nailed it. Engage as frequently as possible to open up channels of communication and builds relationships through your page. Awesome share!”

Stacey Herbert commented that, “I really liked Dennis Yu’s points. It’s easy to forget that all these fancy different names we have for our interaction points with our customers – email, PPC ad, responsive website – is just our brand saying “talk to me”. In amidst a ton of other voices, saying exactly the same thing. When you think of your social media marketing as a way of conversing in a cross and, multichannel way, I can definitely see where you’d get more benefit and bang for your buck. Enjoyed this. Thanks!”

Aimee Wilson shared her thoughts on How to Make the Most out of Attending Business Conferences & Events, “To “have a purpose and a goal for the connection” is critical for all professionals at all times. This article is full of golden nuggets! Thanks for sharing Lee.”

And Barbara Mckinney said, “Attending a conference requires an investment of time and money, but the knowledge and contacts you’ll get out of it makes it well worth it.Thanks for sharing this tips Lee!”