Mobile Devices Drive 66 Percent Of Email Opens — Report – According to Movable Ink’s Q1 2014 US Consumer Device Preference Report email opens continue to migrate away from the desktop, which now represents a minority of all email opens. In addition, the tablet share of email opens continues to grow. Marketing Land 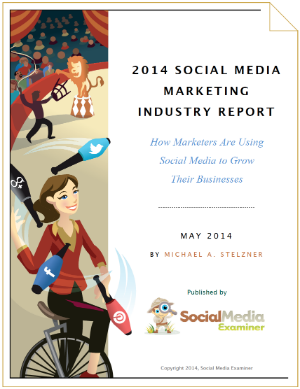 Report: 92 Percent Of Pinterest Pins Made By Women – Pinterest has a nearly $4 billion valuation. It would be a very likely Yahoo acquisition candidate but for that huge valuation (and its own potential IPO aspirations). Marketing Land

How People Use LinkedIn [Infographic] – Most active LinkedIn users spend at least three hours per week on the platform, have free accounts, and allow their connections to see the rest of their network, according to a recent report from Wayne Breitbarth/Power Formula. MarketingProfs

99% Of Shared Blog Content Is Posted To Facebook And Twitter [STUDY] – 76 million people will read blogs in the U.S. in 2014 – roughly one quarter of the population – and close to two in five will use Twitter when sharing those posts, reveals a new study. AllTwitter

Pinterest Reveals The Most Popular Categories On Each Day Of The Week – The latest post on the Pinterest blog takes a close look at what the post popular categories are for each day of the week. Here is the break-down. Search Engine Journal

Only 27% Of Active @Pinterest Users Report Following Brands – Just 27% of active Pinterest users (who use the platform at least once a month) say they follow any brands on the platform, per survey results from Ahalogy. But, users would be about 5 times more likely to prefer following their favorite brand or store (83%) than their favorite celebrity (17%), suggesting that they are open to brand marketing activity. The study, along with a separate blog post from Pinterest, identify the categories that are most popular on the platform. Marketing Charts

Google+ Introduces New Features That Automatically Generate Movies And Travelogues – Google announced today on their official blog that they are adding two new features to Google+ for desktop and mobile. The new features, called Stories and Movies, will bring together photos, videos, and places visited into travelogues and highlight reel videos. Search Engine Journal

On the post Facts Tell, Stories Sell – How Infotainment Inspires Action in B2B Marketing, Barbara Mckinney said, “Even in dry industries,creating educational content is key to attracting customers.With the right knowledge, a little creativity, and an open mind, you can transform your web presence into a leading community.”

On 2014 Social Media Marketing Industry Report, Tom Leonard offered, “Lee, thanks for the great information. It is surprising that YouTube ranks way down there Google+ and Pinterest. I think this is one of the best opportunities out there for any brand with quality video – or the ability to create it. It is obvious from this information that they would stand out on that platform.”

36creative.com added, “Those numbers don’t surprise me. Our clients that are active in content marketing, blogging and social media have all shown increased visitor numbers from platforms where content is shared. This is most likely going to continue to trend because the Internet is connecting people more efficiently than ever before.”

And Ryan Biddulph shared, “That blogging marketer crowd will increase as they focus on the importance on building a brand on an owned platform. Neat share here.”