@ROWGHANI Thank you for being an incredible executive & partner. Twitter could not have succeeded without you.

COO of Twitter Resigns via Tweet – The COO of Twitter, Ali Rowghani, announced his resignation on the social network yesterday. The announcement comes a day after Re/code reported on internal tension over Rowghani’s role at the company. Charged with overseeing user growth, Rowghani has not been able to stem its decline. SocialTimes

STUDY: 67.3 Percent Of Facebook Posts Written At Reading Levels Of Fifth Grade Or Below – Facebook may have a minimum user age of 13, but 67.3 percent of posts on the social network are written at much younger reading levels — fifth grade or below — according to a study of 5,804 pages with more than 1,000 likes apiece, and 1,578,006 total posts, by digital intelligence firm TrackMaven. AllFacebook 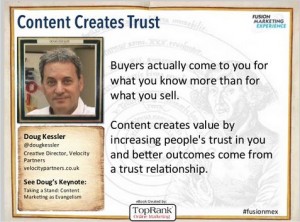 Social Media The Most Efficient Channel — Report – Neuster has released its Q1 2014 Media Intelligence Report, based on customer data comprising 28 billion impressions across 152 billion “ad events” from 1300 “inventory providers” in multiple verticals. (Search marketing was not part of the analysis.) On the basis of looking all that data, Neustar pronounces social media the most cost effective channel in Q1. Marketing Land

Twitter Beats Call Centers For Customer Service [SURVEY] – According to two surveys sponsored by Amdocs, there is a gap between what customer service providers and what customers think of social media. AllTwitter

Facebook Revamps Mobile App Ads, Announces Change To Domain Insights – Facebook announced an overhaul of its mobile application ads to make them conform with its other ad units, as well as an update to its domain insights tool. AllFacebook

Facebook Will Soon Leverage Your Non-Facebook Web & Mobile Activity In Advertiser Targeting – Facebook Ads are about to become a much more lucrative commodity to marketers. Today’s Ads changes not only helped users understand why they were seeing ads, but will also allow Advertisers to target users who’ve taken desktop and mobile actions off of Facebook itself. Marketing Land

From New LinkedIn Profile Features: 4 Tips To Optimize Your Presence, Sandeep Rao shared, “In my opinion, Showing best useful information at preferred place on a webpage is very important, and that is the reason for design and structure change made by many of the web platforms. And that’s almost what I felt after reading LinkedIn’s design update post on LinkedIn blog. It seems like LinkedIn is also making it easier to optimize one’s profile as per relevant keywords and skills to stand out in SERP on Google or any other search engine. Well, the new design seems more user friendly and quite attractive too. Let’s see what else is there in the new design.”

And on 140+ Statistics on Content Marketing in Europe, Ryan Biddulph commented, “Neat to see twitter leading in the UK Lee. I dig the platform, and feel you can engage and share on such a large scale thru tweeting. Thanks!”