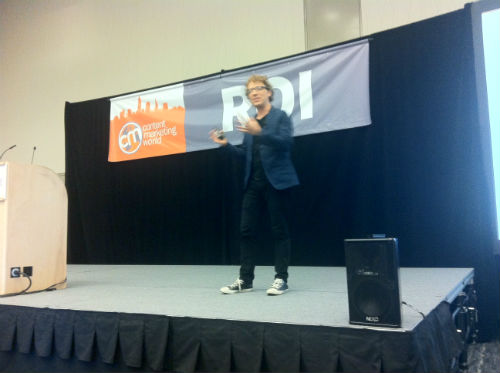 Back in August of ’13, Contently co-founder Shane Snow wrote the following in a LinkedIn Influencer post:

“Every few minutes, a new buzzword rips through the business world, skids, gets a few books written on it, and ends up in a pile of tired terms next to ‘synergy.’ Today, one of the biggest corporate buzzwords is ‘storytelling.’ Marketers are obsessed with storytelling and conference panels on the subject have fewer empty seats than a Bieber concert.

Funny thing is, storytelling has been the buzzword off and on since advertising became a thing. It’s always coming out of the buzzword pile because, at the end of the day, storytelling is a skill. Stories have been an essential driver of change throughout human history. For good and for ill.”

About a year has passed since Shane penned this insightful passage, and the buzz surrounding both storytelling and Biebs has only intensified. One continues to be lauded for its meaningful contribution to society, and the other, well…

In his Content Marketing World presentation this morning, Shane offered a compelling case for storytelling via, what else, stories. Here are three of the many outstanding stories Shane shared, along with a quick content marketing takeaway from each story. Hopefully my effort to explain Shane’s stories concisely does not dilute the message.

This is how Elon Musk described his motivation for making space travel available to the public. Shane put it best by saying this statement made people “care violently,” certainly more so than if Musk would have instead promoted the potential ROI of public space travel. Musk’s statement tapped into the curiosity and dreams of billionaires, helping him garner enough backing for three trial launches.

All three launches failed, with the “final” launch exploding in spectacular fashion. Everyone was dejected. But Musk carried on, more determined than ever. Ultimately it was Musk’s singleness of purpose and his ability to convey his purpose – he told his dejected backers that this was his dream and he’d never give up – that inspired the funding for a fourth launch. Not only did the next launch succeed, but Musk’s rocket was able to perform capabilities, like landing vertically, that NASA has yet to achieve.

Which beggar would you give your dollar to?

Sign 2: Mom told us to wait here. That was ten years ago.

I’ll admit, I guessed the second sign would be more effective. I was wrong. Shane’s research showed the majority of people would rather give their dollar to the beggar holding the first sign.

The takeaway: Not any story will do. Humans are built to discern stories. The second sign offered an intriguing story. The first one passed the sniff test, and that’s why it ultimately won out.

Ernesto was a thoughtful young man from Argentina who became a doctor because he wanted to change the world. You probably know Ernesto by his more familiar name: Che Guevara. Fast forward a few years (and probably past some essential details) and Che is in Cuba, aspiring to start a people’s revolution with Fidel Castro. The first attempt to revolutionize Cuba is done with brute force. It fails miserably, with Che and Fidel among the dozen of the 80-ish attackers who managed to escape with their lives.

Fast forward again, and now Che and Fidel are using a different strategy to spark their revolution: pirate radio. At first, the radio broadcasts were largely ineffective. They had listeners, but most listened solely for entertainment value.

So Che and Fidel tried something new. They started teaching peasants how they could become more successful, largely with farming tips. Their ranks went from a couple hundred to a couple thousand almost overnight. This helpful “content” allowed Cuba’s citizens to identify with the revolutionary message. Meanwhile, Cuba’s dictator was issuing propaganda that no longer passed the sniff test for many of the citizens. Che and Fidel’s underlying story of aspiration served to build relationships with the peasants of Cuba. They called their target audience to action again, this time with more success. 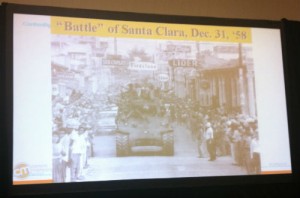 The takeaway: It is better to tell the truth, even if it is small, rather than an embellished lie. Content marketers can rally audiences by using stories that speak to the truth behind their aspirations.

Big thanks to Shane Snow for the amazing session, and apologies for not giving his stories the full detail they deserve. I look forward to reading Shane’s new book, Smartcuts: How Hackers, Innovators, and Icons Accelerate Success.