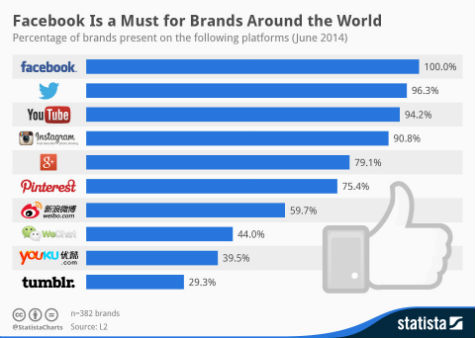 Facebook Reducing Overly Promotional Page Posts in News Feed – One of the main reasons people come to Facebook is to see what’s happening in their News Feeds. Our goal with News Feed has always been to show people the things they want to see. That’s why we often look to people on Facebook to tell us how we can improve. As part of an ongoing survey we asked hundreds of thousands of people how they feel about the content in their News Feeds. People told us they wanted to see more stories from friends and Pages they care about, and less promotional content. Facebook

Facebook Lets Users ‘Say Thanks’ with Personalized Video Cards – Expressing gratitude is a wonderful thing, and Facebook Wednesday introduced a way for users to do just that by creating personalized video cards for their friends and sharing them, Say Thanks. AllFacebook

Google: HTTPS Support Has Grown 300% In Past Two Years – Ilya Grigorik from Google, he is the man there obsessed with speed, SSL and mobile, has shared some interesting stats on the adoption of HTTPS across the top 300 sites on the web. Search Engine Roundtable

STUDY: 74% of Online Shoppers Are Unlikely to Share Purchases to Facebook – Facebook is the social network most shoppers turn to for information to help make their purchasing decisions, but the importance of products that are shared on the social network is often overstated, according to the results of a recent study by website A/B testing solution Visual Website Optimizer. AllFacebook

Introducing the Facebook Groups App – This week, Facebook introduced a new Facebook Groups app that helps people share faster and more easily with all the groups in their life. They built this app with the people who use Groups the most in mind. Facebook

Half-A-Billion People Now Use Facebook Standalone App – Few months after splitting its Messenger off from the main application, Facebook has announced that the number of users on its standalone Messenger mobile app every month as reached 500 million. This is in spite of criticism, which trailed the company’s decision to separate its Messenger from Facebook some months back. SocialBarrel

Pinterest Doubles Its Male User Base – Pinterest, the social network that skews heavily female, has doubled its male user base in the past year, reports GigaOm. Earlier this year, the social image-sharing platform hired former Unilever VP David Rubin to help the the service market itself to men. SocialTimes

73% of Twitter Users Shop Online Each Month – More Twitter users shop online each month that their counterparts on Facebook, reveals a new study. GlobalWebIndex surveyed active users of social networks aged 16-64 and found that 73 percent of Twitter users had shopped online in the past month. AllTwitter

Google Enables Multiple AdWords Account Logins – Hear that? That is the communal sigh of relief echoing throughout the paid search world. The days of having several browsers open in order to manage multiple AdWords accounts simultaneously are finally over. Google announced a new workflow that allows you to switch between Google accounts without having to log out and log in again. Switch accounts and still stay logged into all of them. Search Engine Land

In response to 3 Content Curation Best Practices to Optimize Your Content Marketing, Buzzalot said, “Nice article! We think content curation helps publishers and writers alike. It reduces the content overload by taking from what exists and helps publishers out by enabling them to still serve audiences by delivering relevant content.”

Mac commented, “Thanks for the detailed tips. Most often, we use Google Alerts and social media as our main source. But we also use klout and trove when looking for fresh blog posts and news.”

And Patricia added, “Thanks for the great tips for content curation. Very much enjoyed the part practice #2 🙂 Here at mention.com we mainly set up alerts to industry related topics to acquire content”