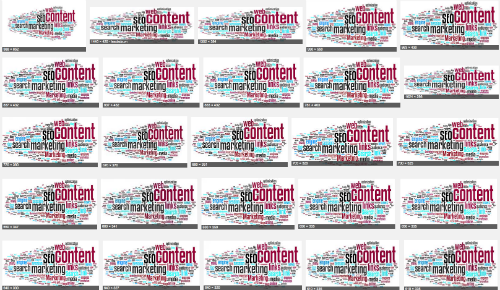 In 2008 I wrote a blog post listing top search marketing blogs, each with a Wordle visualization image I created that was embedded from Flickr.

In that list was a word cloud for this, TopRank’s Online Marketing Blog. Apparently the image has been pretty popular as seen in gratuitous duplication from a search on Google above. 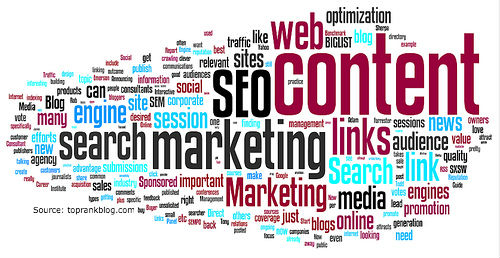 Since the original post 6 years ago, the word cloud image has been generously repurposed by hundreds of websites – including Chief Marketer, Orbit Media Studios and even on our own site in 2009 and 2010.

Just check out this Google image SERP to see what I mean. 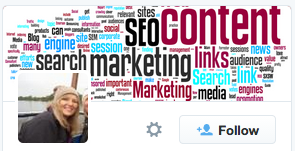 What’s funny is that I’ve noticed the image on other blog posts for years, but I’ve started to notice people using it as their avatar or background image on social media sites as well.

Did I add a source credit within the image itself? Nope.

Would that have stopped people from copying and using it as their own so many times? Probably not.

At this point do I care? Not really. Although, it’s pretty cool to know that in 2008 the topics we were writing about continue to be popular today.

Is there a lesson in this? Sure – it might be a good idea to add some source text and a URL to your graphics – like I did to the word cloud image above.  That way, if the image you create does get copied all over the web, there’s some kind of signal back to you as the source. If the graphic is proprietary and you have rights to it, then there’s a whole other set of actions you can take when people use your image without permission.

Do you add source text or URLs to the graphics that you publish online?