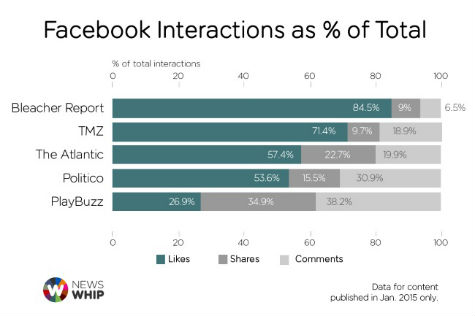 Facebook Updates Community  Standards – Facebook has updated its Community Standards document, outlining the type of content that is not permitted on the social network. A little while back, the site revealed a simplified version of its privacy policy, and now the Community Standards document has received the same treatment. Facebook has set out the types of pictures that are permissible, along with specifying guidelines for other content. Facebook

Google to Devalue Doorway Pages in Search Results – In an effort to improve the overall quality of its search results, Google has announced that it will start to launch ranking adjustments for doorway pages in search results. Search Engine Journal

Google: When Moving A Site, Do It All At Once Because We Expedite Crawling – Google’s John Mueller said in a Google+ hangout on Friday morning at the 13:45 mark that when you move a site from one place to another, Google will typically crawl faster to pick up on those URL changes in a more expedited manner. Search Engine Roundtable

Mobile Search Spend Share to Reach 83% by 2018 – Just before Christmas, research from eMarketer predicted that by 2018, mobile will account for 76.7 percent of search spend. But the market research firm has since come up with an even more staggering number for mobile’s share by 2018: 83 percent. Search Engine Watch

Facebook Adds Payment Service – This week Facebook is adding a new feature in Messenger that gives people a more convenient and secure way to send or receive money between friends. This feature will be rolling out over the coming months in the US. Facebook

We Use More Happy Words Than Sad Words, Says Twitter Study – A new study has revealed that we use far more positive than negative words in most forms of written language, including Twitter. SocialTimes