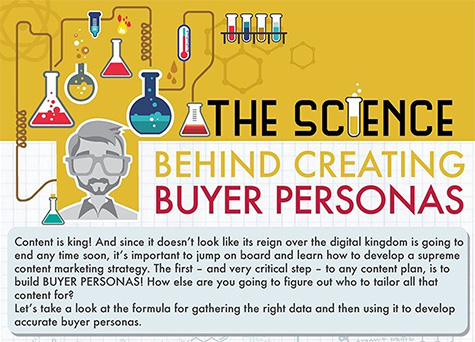 How to Create Buyer Personas [Infographic] – Buyer personas give you insight into how to best engage with your various customer types. But before you start creating those personas, take time to do the research. Check out this infographic to find out. MarketingProfs

Facebook Gives Users More Control Over Their News Feeds – On Thursday, Facebook announced a set of features that will give each person more control over what he or she wants to see. In essence, you get to reprogram the algorithm. Facebook

Only 20% of Marketers Use Behavioural Triggers In Email Marketing: Report – Behavioural marketing technology allows brands to provide targeted, relevant communications based on a user’s web activity. See why you should be using it. Econsultancy

Facebook Becomes the Fastest Growing Global Media Company – Facebook has long been a dominant social media platform, but now the brand has grown to be one of the most profitable media companies in the world, according to ZenithOptimedia. ClickZ

Meerkat Introduces Cameo, a Way for Viewers to Interact With Stream — and Facebook Integration – Meerkat this week introduced a new feature that allows viewers to take over and contribute to a live feed on the app. Called Cameo, the feature allows the filmer to select a viewer to appear on screen for up to 60 seconds. Meerkat

Facebook Changes How It Charges Brands for Clicks on Their Ads – Facebook is changing how it charges advertisers for click-based campaigns to make sure that, in return for their money, marketers are getting more than social currency. Ad Age

Facebook Introduces New “Floating” Video Player, Continues Push on Video Content – Facebook’s march towards online video dominance continues, with another new feature added into the mix to get users viewing more video content. This week, Facebook is testing a new video player option where users can detach a video from the News Feed and move it to your preferred viewing location within the browser window. Social Media Today