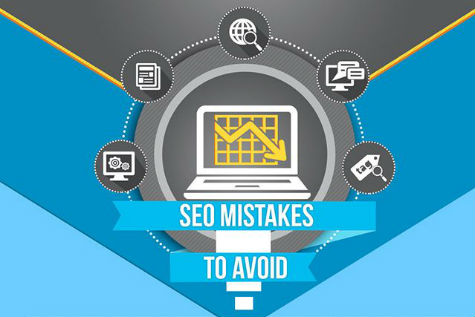 SEO Tactics You Must Stop Right Away [INFOGRAPHIC] – It’s hard out there for content. The top 3 search results on Google get 61% of clicks. And 75% of Google users don’t ever look at second page of search results. So what are some of the most common mistakes that people make when they are trying to get good SEO? This infographic is a great primer. Social Media Today

Connect with Public Figures Through Live On Facebook – We’re excited to introduce a new way for you to connect and interact with your favorite public figures on Facebook — through live video. Facebook

YouTube to Provide More Up-To-Date View Counts, No More 301+ Views – YouTube announced on Twitter today that its about to provide more timely video view counts, which means the infamous “301+ views” will become a thing of the past. Search Engine Journal

Survey: 90 Percent Of Retail Shoppers Use Smartphones In Stores – Mobile loyalty company SessionM recently surveyed 12,000 randomly selected US smartphone users about their mobile shopping behaviors. The company found that 85 percent of respondents said their m-commerce buying was steady or had increased versus a year ago. Marketing Land

And the Winner of Social Media Is… Victoria’s Secret [Study] – Looking at 50 major brands in various industries, Victoria’s Secret was the only one to score top marks across all eight social media platforms analyzed by Spredfast. ClickZ

Google: 180% Increase In Hacked Sites In The Past Year – Google launched their #NoHacked campaign again and shared some really sad news. In the past year, Google saw a 180% increase in hacked sites. That is just insane. Search Engine Roundtable

Facebook in Q2: Mobile Accounts for 76% of Total Ad Revenue – Not surprisingly, it’s full speed ahead for Facebook’s transition to a mobile company, as mobile advertising revenue accounted for 76 percent of the company’s total ad revenue for the second quarter of 2015, up from 62 percent in the year-ago period. SocialTimes

Instagram Ad Sales to Grow 5X in Next Two Years – It will then account for an estimated 28% of Facebook global ad revenues, says an eMarketer study. Direct Marketing News

In response to 4 Ways to Build Content Marketing Authority with SlideShare, Josue Valles  said, “Hey Lee, great post. I used to repurpose my articles on SlideShare long time ago. The results were great, but I got lazy and stopped doing it. I’ll start again. Thanks for sharing such amazing information!”