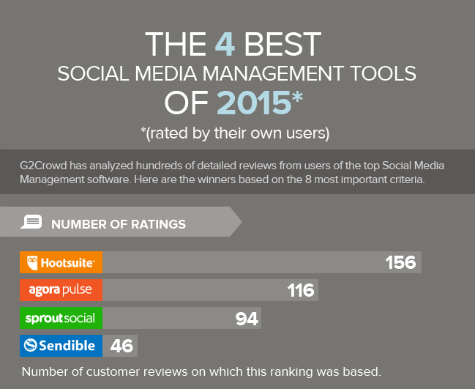 The Top 4 Rated Social Media Management Tools of 2015 – The results come from detailed customer reviews from G2Crowd, and cover a variety of information including user satisfaction, product direction, how easy it is to learn to use the platform, level of support, usability and more. iag.me

Google: The Real Time Penguin Algorithm May Launch Before Years End – Back in June, Google told us the Penguin update is months away at best. We also know Google is working on a real time update to the algorithm, so it runs immediately and would not require manual pushes. This morning in a Google+ Hangout, John Mueller said at the 28:25 mark or so that he doesn’t know for sure when the Penguin algorithm would launch but if he had to guess, it would be before the end of the year and it would be the real time version. Search Engine Roundtable

Political Donations, Now Through A Tweet – When people have conversations about politics, they have them on Twitter. It’s what voters learn and share in these conversations that routinely motivates political action. That’s why we’re making it easier for Twitter users to actively support candidates and causes. Twitter

Twitter Plans to Go Beyond Its 140-Character Limit – Twitter is building a new product that will allow users to share tweets that are longer than the company’s 140-character limit, according to multiple people familiar with the company’s plans. Re/code

Facebook Improving Mobile Profiles – This week, we’re unveiling some new, mobile-friendly features for Facebook profiles. There are three main improvements that will give you more opportunities to express who you are and control the content showcased on your profile. Facebook

Twitter Buy Button Announced – Twitter announced that the button is now available “to any merchant in the United States that uses one of three major e-commerce platforms to run its online shopping operations,” according to an article in the New York Times by Vindu Goel. Twitter