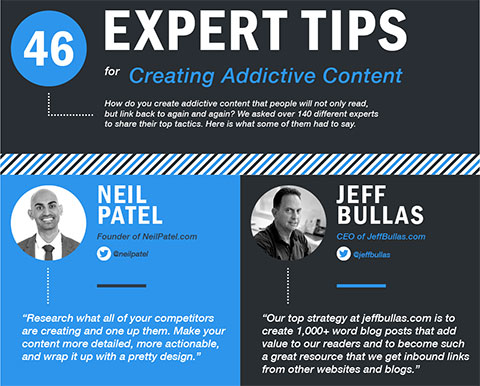 Consumers Becoming More Relaxed About Their Data: Report – Only 1% of consumers trust advertisers to look after their data, yet 27% would be prepared to sell their data and 41% of those believe their data is worth more than £500 per year. This is according to our new report, Value Exchange from Data Exchange, produced in partnership with Acxiom.  Econsultancy

Report: Competitors Amazon, Facebook, Yelp & TripAdvisor Gain Top Google Search Visibility In 2015 – Google is often accused by companies like Yelp and TripAdvisor as favoriting itself in its search listings. But a new report on domains that gained the most visibility in Google’s web search listings over the past year shows those companies, along with Google competitors Facebook and Amazon, as big winners. Search Engine Land

Organic Growth Becomes More Elusive on Facebook (Study) – December 2015 brought the lowest organic page like growth and post engagement rate in the eight months that social analytics and reporting firm Locowise has been studying Facebook pages, along with the highest post reach since September. SocialTimes

Report: Snapchat Is Building Its Own Ad Platform – Snapchat is working on an application-programmer interface that would let brands buy more targeted and sophisticated ads on the popular mobile messaging platform. Digiday

US Digital Display Ad Spending to Surpass Search Ad Spending in 2016 – In 2016, digital display ad spending will eclipse search ad spending in the US for the first time. Combined, the categories of video, sponsorships, rich media and “banners and other” will account for the largest share of digital ad spending: 47.9%, worth $32.17 billion. eMarketer

Periscope Broadcasts To Stream In Timelines On Twitter For iOS – iOS users will soon see Periscope broadcasts directly within their timelines — No additional apps required. Twitter

Survey Suggests Mobile Banners Being Replaced By Native, Video Formats – According to a recent survey of 283 “clients and agency executives” commissioned by Trusted Media Brands, the mobile banner is a declining ad unit. Native and video were the formats many marketers said they were going to turn to this year. Marketing Land

78% Of SEOs Believe That 2016 Is Going To Be A “Great” Year For Business – What does this year have in store for local search engine optimization professionals? Columnist Myles Anderson shares results from BrightLocal’s Local SEO Industry Survey, which may provide some insights. Search Engine Land

New Google AdSense Optimization Tab – Google announced a newly improved Optimization tab within the Google AdSense console. This is where Google gives you automated ideas on how to make more money with AdSense – which most AdSense publishers ignore anyway. Search Engine Roundtable

In response to 5 Ways Influencer Marketing Can Grow Your B2B Company in 2016, Marketwired said, “Comprehensive, focused roundup here! Thanks for sharing, Lee. It’s so true – it can be even more important to include influencers in B2B marketing because buyers are so self directed in the sales process – and often, they trust experts more than brands.”

Benjamin Carter-Riley said, “Influencer marketing is a great way to market your business. These influencers have a great deal of followers who trust what they say, so if they recommend your brand/business this will give you a lot of recognition (and trust since influencers are seen as experts). Like stated in this article, it’s key to build relationships with the influencers, and influencer marketing is a very effective strategy. Will share this one on Twitter, a good read. Thanks Lee! :)”