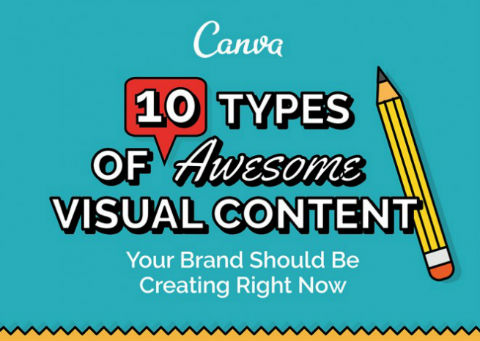 10 Types of Visual Content Your Brand Should Be Creating Right Now [Infographic] – Over the past few years, we’ve seen content become more visual. Marketers have experimented with infographics, videos, and more — and they’ve made plans to keep it up this year. To help narrow your focus, check on this infographic from Canva below. From quote cards to infographics, this helpful list is designed to inspire your next visual project. Canva

Study: Sophisticated Bots Outwitting Marketers, Will Cost $7.2 Billion In 2016 – Ad fraud is a major problem in digital advertising that results in billions of dollars in annual losses to marketers. While marketers are winning the battle against “basic bots,” they’re losing against more sophisticated bots, according to a new study and report from White Ops and the Association of National Advertisers (ANA). Marketing Land

Report: 60% of Users Unwilling to Vacation Without Mobile Device – Expedia and Egencia, Expedia’s business travel brand, have revealed the results of the Expedia / Egencia Mobile Index, which measured the behaviors and preferences of mobile users while traveling. The study was conducted by Northstar, and gathered data from 9,642 travelers from 19 countries. SocialTimes

Survey: Under 40 Percent Start A “Local Search” With A Search Engine – What we widely call “local search” is only partly about search engines. Finding local content and making offline purchase decisions is a multifaceted process that involves several categories of information and devices. That’s according a new survey and report from IDC and YP. Search Engine Land

Report: 61% of Fortune 500 CEOs Have No Social Media Presence – Social media adoption is sluggish among Fortune 500 CEOs; 61 percent are not active on any of the major social networks. Domo found that 195 of the CEOs on the list are active on at least one of the six major networks — Facebook, Twitter, G+, Instagram, LinkedIn, YouTube — but none are active across all six. SocialTimes

Facebook Introduces Audience Optimization for Publishers – This week, we’re launching Audience Optimization, an organic targeting tool to help publishers reach and engage their audiences on Facebook and better understand the interests of people clicking on their posts. This tool lets you improve the relevancy of your post by indicating who is most likely to engage with it, which can increase engagement at both the post and Page level. Facebook

In response to 8 Digital Marketing Events Where You Can Learn, Connect and Grow in 2016, Thomas Flannagan said, “Nice events! I’ll for sure visit stated webinars, thanx for the info!”

On How to Write for People: 5 Ways to Create Connections & Personality in Your Content Marketing Efforts, annhandley shared, “LOL to being your “spirit animal.” 😀 Thanks for the shout.”

Marketwired also commented, “Embracing your writerly authority and being bold is a great tip. You can’t make a connection if you don’t write like you mean it! “Owning it” can be scary thought for many writers, but it’s really the only way to do it if you want to make a connection with the reader.”