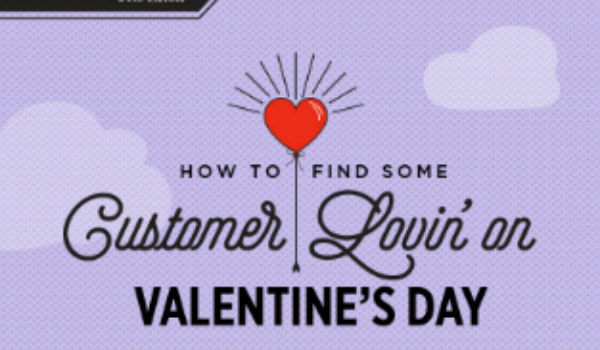 How to Reach Your Target Customers on Valentine’s Day [Infographic]
With Valentine’s day fast approaching — and all the love and purchases that come with it. So how do you get the attention of the hordes of paramours in search of the perfect gift? This infographic is full of information to help guide your last-minute push. For example, did you know that Americans spent $18.9 billion on Valentines day in 2015, with the average man spending $191 on their loved one? 25-34 year olds spend the most on Valentines day gifts out of every other age group. Good news for you if your objective is to increase purchases from 25-34 year old men! SocialMediaToday

Who And What When It Comes To CMOs And Twitter In 2015
In a post fueled by data provided by Leadtail, Steve Olenski discusses who and what influenced CMOs in 2015. Results included Twitter handles for top influencers (spoiler alert: Our CEO, Lee Odden, is included), along with the most commonly used hashtags and the top publications shared. If you’re a marketer by trade, this is a list you’ll want to bookmark. Along with my weekly news posts, of course. Forbes

Facebook Adds Automated Captioning Tool for Video Ads
On Wednesday, Facebook announced what this author describes as a “host of new features for video ads, highlighted by an automated captioning tool.” Naturally, I was curious about this host of other features which includes new metrics for advertisers, verified analytics from Moat and 100 percent in-view ad buying. So what’s the point of the headliner for digital marketers? Facebook is simply trying to improve the experience of people who view videos on their platform with the sound off. Let’s be honest, most of us initially watch an ad with the sound off. I’ve had my share of ‘AH! Oh, that was a video ad’ moments where I’ve nearly had the pants scared right off me due to loud volume and the element of surprise. Reducing negative reactions to unexpected loud ads will certainly improve the Facebook experience. SocialTimes 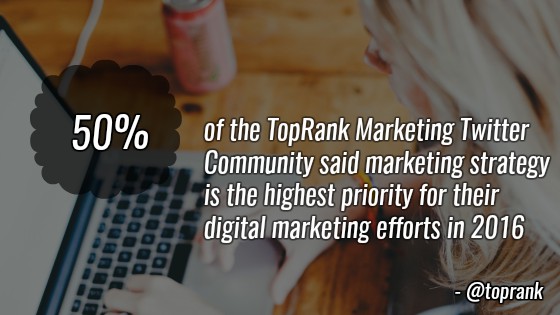 Content Marketing Output Surged 35% In 2015, While Engagement Dropped 17% [Report]
Over the past five years, we’ve seen a big increase in content production from marketing departments nationwide and all around the globe. But as with any market, the more content there is out there, the harder it can be to convince others to engage with your own. And while creating great content is the first step in earning the engagement of your target audience, great content alone is no longer enough. You need to make sure it gets in front of the people for whom it’s intended which takes optimization and strategic distribution. Find out more in this study from TrackMaven! Marketing Land

The State of the Mobile Experience: How People Use Their Phones Today [Infographic]
I’m going to say something that may come as a surprise. People are using their mobile phones for way more than making calls. So maybe that’s not as surprising as I initially suggested, by now we all know that our phones are essentially our second, detached brain. This helpful infographic from HubSpot goes into detail about how people are using their phones and what those statistics mean for the rest of us. Most surprising, 79% of millennials are using their phones to make at least one call daily, and only 17% are using them to take one or more selfies daily. HubSpot

What Marketers Should Know About Twitter’s New Algorithmic ‘Catch-Up’ Feed
If you’ve been on Twitter lately, you may have noticed some controversy over Twitter’s decision to adopt a Facebook-like algorithm that curates the most popular Tweets and sticks them right in your news feed. What I didn’t hear about, however, is the user gets to decide if they want to use this new feature or not. Ad Age said “On Wednesday Twitter will start giving the people the option to have the social network algorithmically curate their feeds to show them the top tweets they may have missed since the last time they checked Twitter.” What’s most interesting is that the algorithm only curates content with the most organic engagement, not actions triggered by paid promotion, so only the best content will win out in the end. Ad Age

Only 32 Percent Of Emails Were Opened On Desktop PCs In 2015 — Report
A recent study from Movable Ink found that 68% of emails are opened on a mobile device, with Apple’s iOS leading the mobile pack. What does this mean for marketers? We need to continue to design for mobile — making sure that our emails look great across all platforms from which they’re viewed and the CTA is easy to find and follow. The full report also spells out conversion data from email, even with some industry specifics. Marketing Land

From Our Online Marketing Community:

On Twitter, Alicia Fiorletta ?said “Thanks to our friends at @toprank for spreading the #C2C16 love! We want wait to see you!” in response to Ignite Your B2B Content Marketing Effectiveness at #C2C16

On Twitter, SmartBase Solutions said “#B2B advice from @BMAMinnesota’s latest event: Get Data-Driven @toprank’s @Tiffani_Allen recaps how to get started.” in response to Data-Driven Marketing from Mad Men to Rabbit Holes

Thanks for reading and have a great weekend! I’ll be back next week with more online marketing news. Have something to share? Tweet me at @Tiffani_Allen or send it to @toprank!