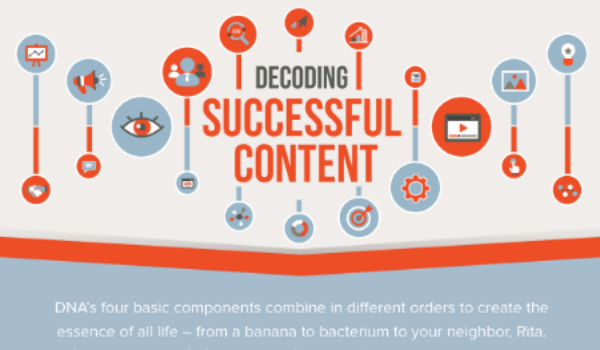 Decoding Successful Content
What is successful content made of? It turns out, great content must be simple, unexpected, concrete, credible, emotional, and it must tell a story. This infographic from Fractl examines three pieces of well performing content to exemplify the six parts of this recipe. Fractl

Drones Can Now Livestream Straight to Periscope
Yes, you read that title correctly. Periscope is now allowing for live-streaming from drones via the iPhone app. This, following the rollout of live streaming from GoPro to Periscope in January, marks the start of some undoubtedly awesome new videos from brands and consumers alike. But that’s not all! According to AdWeek: “In addition to the support for drones, Periscope is also adding a search feature for looking up specific livestreams by keyword or topics.” AdWeek

Google tries turning search links black (update: statement)
In a recent test that scared the blue-link-loving-socks off of my fellow marketing news enthusiast, Josh Nite, Google has turned links from blue to black for some searchers. The links reportedly remain black post-click as well, which removes the user’s ability to know if they’ve visited a site in the past form the results page. Will this change stick? According to Google, the jury is still out: “We’re always running many small-scale experiments with the design of the results page. We’re not quite sure that black is the new blue.” Engadget

Adobe Acquires Livefrye, User-Generated Content Will Expand
On May 3rd, Adobe announced that they’re purchasing Livefyre in a move that may become increasingly familiar to brand marketers. According to MediaPost: “Rather than defer to Facebook or Twitter for their community-building efforts, brands are increasingly building out their own social-friendly properties — with good reason. According to Forrester Research, U.S. online adults are nearly three times more likely to visit a brand’s Web site than to engage them on Facebook.” MediaPost

Snapchat Android app installs overtake Twitter in US
At the end of April, the amount of Snapchat installs on Android devices surpassed Twitter installs for the first time. CNBC reports: “Analysts see Snapchat as a rising risk to both Twitter and Facebook, as more and more people spend time within its app.” What does this mean for marketers? Snapchat is something we should all be taking a serious look at and evaluating whether it’s right for our brands. Chances are, it just might be. CNBC

Report: 2 years in, 75 percent of Right to Be Forgotten asks denied by Google
Two years ago, the EU established the ‘Right to be Forgotten’, prompting the creation of forget.me as a way for consumers to submit request to search engines like Google and Bing. According the Reputation VIP, the company responsible for forget.me, Google refuses roughly 70-75% of these requests. According to Search Engine Land, “Google most frequently denies removal requests that concern professional activity. Following that, Google often denies requests where the individual involved is the source of the content sought to be removed.” Search Engine Land

Facebook Reactions make up 16 percent of total publisher likes
A couple months ago, Facebook rolled out reactions. As marketers, there was a lot of commotion over whether they were going to help increase engagement, help us understand sentiment, or even negatively affect our post metrics. For publishers, this rollout was also quite a game changer. A new study from NewsWhip showed that while the use of reactions totaled 4.7 million on the pages of publishers studied, while likes totaled 29.4 million. It appears that old habits die hard. However, that news does raise a question — if the dislike reaction is added, which may very well happen by popular demand, will the metrics look the same? Digiday

What were your top marketing news stories this week?

I’ll be back next week with more online marketing news. Have something to share? Tweet me @Tiffani_Allen or @toprank!