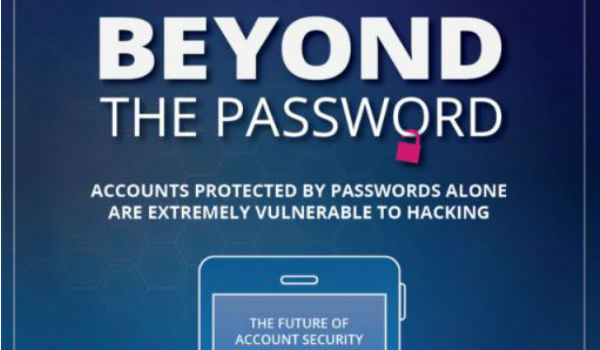 72% of Businesses Plan to Kill Passwords By 2025 (Infographic)
According to a survey by Telesign, 70% of business security experts surveyed believe that passwords are not a sufficient security measure. That same survey found that 90% of businesses surveyed had been victims of fraud. In light of this, many companies are changing their ways in terms of security. SocialTimes reports that “by 2025, 72 percent of companies will stop using passwords, and 36 percent will stop using them in as little as four years. The two main avenues of change are two-factor authentication and behavioral biometrics.” SocialTimes

Pokémon Go Is Inspiring Small Retailers. So Has Augmented Reality Gone Mainstream?
According to AdWeek, “by Monday, Pokémon Go already had more users than popular dating app Tinder and was set to surge past Twitter in daily active users on Android devices. Pokémon Go also ranked ahead of Facebook, Instagram and Snapchat in Google Play.” There’s no doubt that the Pokémon Go app is successful, but it’s also helping to boost revenue for local businesses. Does this mean that augmented reality will become an area of focus for other like-minded marketers? AdWeek

Twitter will tell brands more about people who see their tweets, visit their sites
Marketing Land reports: “On Tuesday Twitter-owned data platform Gnip officially opened up its Audience API so that any brand can use the analytics tool to get a cheat sheet of demographic and interest data about any group of Twitter accounts.” This is great news for social media marketers and advertisers who are trying to customize their messaging to be the most relevant for their audience on the platform, as this information was previously not easy to access. It’s worth noting, however, that this data won’t be given for singular accounts but more as a holistic, big picture. Marketing Land

Polaroid hopes its brand name attracts people to its new app, Swing
Polaroid, the iconic camera brand, has launched a new app called Swing, “which,” according to Digiday, “lets users shoot a burst of images that are combined into a second-long video clip and is swipeable with their finger.” The app allows filters as well, and is only available at present for iOS. Will this be a growing trend among physical camera providers? How will consumers use this new platform? Time will tell, but it’s worth a look for brands which rely heavily on visual storytelling. Digiday

Simply Measured offers “first social measurement API” for marketers
Rather than pulling reports from social analytics platform Simply Measured, the service is not offering an API which will allow users to sync their data within their own reporting platform. For social marketers, this is a big break — it’s now much easier to compare relevant social data side-by-side in the dashboard of your choice with other relevant data to help marketers glean deeper insights into their social efforts. The platform will offer data from eight networks: Twitter, Facebook, Instagram, Pinterest, YouTube, Tumblr, LinkedIn and Google+. The first four are currently connecting through the new API currently, and the others will reportedly be added later. Marketing Land

Google Launches Smarter, More Visual Ads Timed for Holiday Shopping
The ‘Showcase Shopping’ ads, as Google calls them, will help shoppers find what they’re looking for, regardless of how vague the search terms they’re using may be. Google reports that 40% of shopping queries on the search engine are for broad terms, and many shoppers use images as a way to find ideas for their online shopping. These Showcase Shopping ads will help leverage those preferences and guide buyers to the right products, according to how the brands using the ads categorize their merchandise. AdWeek

As publishers see rising returns on video, Facebook is getting more of their ad campaigns
Referencing a survey conducted by Mixpo of sales and marketing professionals in the U.S., Marketing Land reports: “Across the board, video formats topped the list of ad units seen as most likely to drive the highest ROI or ad revenue, with pre-roll video by far the preferred ad format.” Facebook has become a preferred platform for publishers to extend their ad campaigns, with half reporting running their campaigns on Facebook, vs. 31% on Twitter and 17% on YouTube. Marketing Land