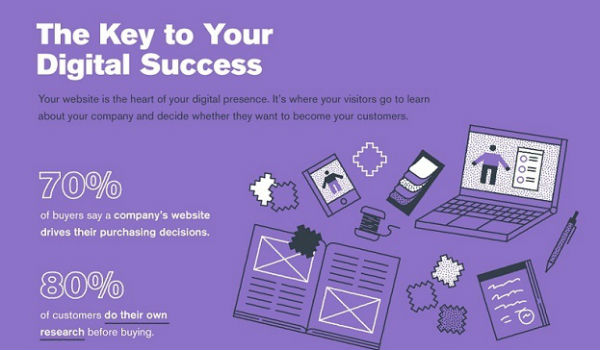 Why Creating a Personal Online Experience for Your Visitors Is Critical [Infographic]
Did you know that 87% of companies that have implemented web personalization have seen an increased return in key metrics? There is certainly a strong case to create a personal experience for visitors to your website or blog. This handy infographic explains why one size doesn’t always fit all. MarketingProfs

What 51 Million Pieces of Content Say About Your Social Media Marketing Strategy [NEW RESEARCH]
TrackMaven analyses “the social media content from over 40,000 companies across 130 major industries on four major social networks —Facebook, Twitter, Instagram, and LinkedIn — to provide businesses with relevant benchmarks for social media audience size, posting frequency, and engagement at an industry-specific level” in this new report. TrackMaven

Reddit Intros New Ad Offering, ‘Grows Up’ and Says It Can Be as Big as Facebook
Reddit announced that they’re allowing marketers to sponsor user posts on the popular social platform. AdAge reports “On August 4, Reddit will debut a new ad offering called Promoted User Posts, which will give marketers the ability to sponsor user generated posts on Reddit’s platform.” While the benefits to the users are unclear, this could make huge headway for influencer marketers and consumer brands trying to reach a tough-to-reach audience. AdAge

Google launches imported call conversions
Google is now allowing advertisers using their AdWords platform to import call data, so they can better attribute leads and revenue driven by their ads and connect that to their return on ad spend. This has been available in a rudimentary form previously, but this new ability will step up visibility into ROI and user behavior. ClickZ

Spotify Is Now Letting Brands Target Listeners Worldwide via Their Playlists
Last week, Spotify announced that the music streaming service will be offering programmatic advertising to its user base for marketers, with targeting based on demographics like age, gender, location and listening habits like playlist and genres. AdWeek

Facebook Reports Seeing 2 Billion Searches Daily
MediaPost reports that on Wwednesday, Mark Zuckerberg said that on Facebook, “people are doing more than 2 billion searches a day between looking up people, businesses, and other things that they care about … One of the big growing use cases that we’re investing a lot in is looking up the content in the ecosystem, and that is an area that we’re very excited about, which helps people find more content.” MediaPost

Financial Times: People find mobile ads ‘intrusive’ and ‘distracting’
Financial Times released findings from a study of 1,300 readers, of which Digiday reports: “Half of respondents to a survey the FT conducted with Quantcast said mobile ads are more intrusive than desktop, although 37 percent of them said they’d be more influenced if the mobile ads they saw were more creative.” Digiday

I’ll be back in two weeks with more digital marketing news! The lovely and talented Ashley Zeckman will be filling my spot on camera and on the blog next week with the latest and greatest in the world of digital marketing.