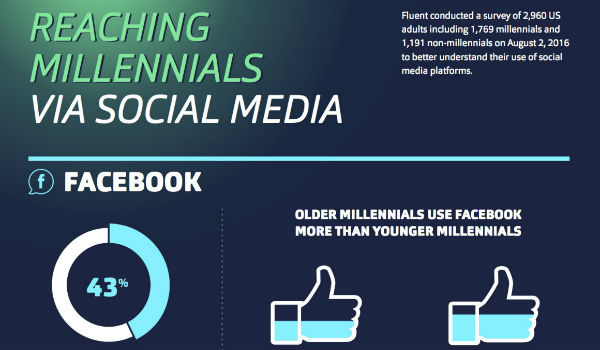 The Most Effective Digital Lead Generation Channels (Report)
A new report found that 45% of business people surveyed thought that content marketing and email marketing were the most effective online tactics used for lead generation. Following behind at a close second was social media marketing (39%) and SEO/landing page optimization (38%). MarketingProfs

Are Weekends The Secret Ingredient For Email Marketing?
According to a recent report, emails sent on Saturdays generate a 60% higher than average conversion rate, with Sunday driving the second highest conversion rate of 40% above average. Emails sent on Thursdays received the highest level of engagement. Of course, these stats should be taken into account with other factors, like industry and seasonal trends or events. MediaPost

Facebook now officially showcases vertical videos in mobile news feeds
After realizing in testing that users watch vertical videos longer and with the sound on when using mobile when presented vertically in the News Feed, Facebook is taking vertical video support out of the testing phase and rolling it out platform wide. This is in contrast to their traditional treatment, where they crop the video into a square format and the user has to click into it to view the full image. Marketing Land

Twitter to Open Pre-Roll Video Ad Program to Influencers
Twitter is opening its pre-roll video ad program to influential Twitter users — allowing them to capitalize on their social efforts. According to AdAge: “The ads play before the videos that people share on the platform, and they come with a skip button, much like the one on YouTube.” AdAge

Here’s What We Learned Analyzing 30 CMOs on LinkedIn
Direct Marketing News recently conducted a study of 30 CMO LinkedIn profiles and found some interesting results. Only 10% of the CMOs studied majored in marketing for their undergraduate degree, with 20% actually majoring in engineering. About half of CMOs had a graduate degree. Another noteworthy find is that their colleagues endorse them on LinkedIn most commonly for strategy/marketing strategy, start-ups, and product marketing. Direct Marketing News

Social media marketing spend has surged over the years, but falls short of estimates
ClickZ reports the CMO Survey, conducted by Deloitte and the American Marketing Association found: “Marketers’ spending on social media has tripled in the past seven years but falls way short of where marketers expected it to be when they peered into their crystal balls in 2009.” ClickZ

Google updates local reviews schema guidelines
Google has updated their local business reviews guidelines in terms of when you can and when you can’t use schema markup on reviews. Guidelines include that reviews must allow for both negative and positive sentiment, snippets can’t be written or provided by the business, and duplicate reviews are not allowed, among others. Search Engine Land

I’ll be back next week with more online marketing news. Have something to share? Write a quick note in the comments or tweet to @toprank!