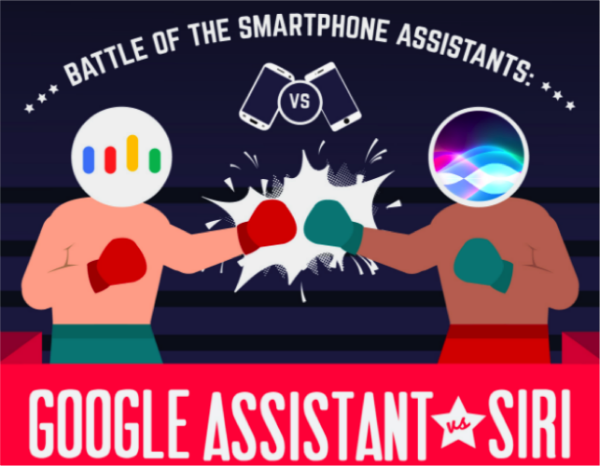 Infographic: Google Assistant vs. Siri: Which is the Best Smartphone AI?
Artificial Intelligence is not a thing of the future, it has become something that we rely on daily. Today’s smartphones are equipped with the latest in personal assistants, but they are not all created equal. See which one has the features that you’re looking for. Search Engine Journal

Periscope Launches Live 360 Video Broadcasting
Twitter’s Periscope is another in a long line of social networks enabling 360 video on their platform. As of today, everyone can view 360 videos but only a select group of partners can publish. What could this mean for your video marketing strategy in 2017? Marketing Land

Amazon Begins Testing Product Listing Ads on Adwords
Google’s Product Search used to be based on organic results. Now it is entirely a pay-to-play advertising tactic. Since Google made the switch in 2012, Amazon has been nowhere to be found. Until now. See how Amazon’s re-entry into PLA could impact other businesses. Search Engine Land

How Tolerant Are Online Video Viewers of Buffering & Ads?
Over 75% of adults in the US and UK watch videos weekly. Not surprisingly, Millennials make up a large share of these viewers. A recent report from MarketingCharts found that younger viewers tend to be more open to ads in online video than other adults. Read on to find out what else the study uncovered. MarketingCharts

Digital Ad Market Soars 20% in Q3, Approaches $18 Billion
Digital ad spend in Q3 of 2016 marks the highest spend in Q3 in history with just over $17 billion. This spend is a 20% increase from Q3 of 2016. As the online landscape becomes increasingly competitive, augmenting organic activity with paid will become a necessity. MediaPost

Domino’s Made A ‘Wipeable’ Adult Onsie
Pizza chain giant Domino’s wanted to help their consumers prepare for a day of recovery after the new year holiday. To help ease the pain, they developed a wipeable onsie that can withstand even the greasiest piece of pizza. Additionally, Domino’s is donating all proceeds from the sales of the onsies to charities such as the Teenage Cancer Trust. AdWeek

Backlash Erupts After Hunt’s Marketing Blunder
Over the past few years health conscious consumers have begun rejecting products with genetically modified organisms or GMOs. To appeal to this audience, Hunt released a series of messages and videos claiming “You won’t find a single genetically modified tomato among our vines”. The problem? No tomatoes (from any vine) contain GMOs. This blunder has caused major backlash for the ketchup king. Forbes

Have a Safe & Happy New Year!

Thank you to each of our readers (and watchers) that have tuned in each week for our online marketing news round up. We hope you all have a great new year and we can’t wait to see you again in 2017!