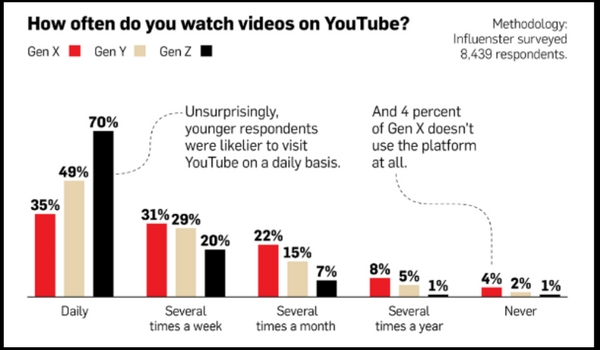 Infographic: How Gens X, Y and Z Consume Video Content
A new infographic shows how content consumers across generations interact with video content — unsurprisingly, Gen Z consumes video at a higher frequency than their Gen Y and Gen X counterparts, but the platform and preferred format data may surprise you. AdWeek

Facebook Videos Will Now Play With the Sound on by Default
In contrast with a decision made last year to keep the sound from auto-playing on videos in the News Feed, Facebook has opted to turn the automatic sound back on for videos after rumored pressure from advertisers. User groups have reviewed this favorably, but there is also the option to disable auto-play with sound in your individual settings. AdAge

How to Hire an SEO [Video]
Hiring a good SEO is a daunting task for many — but Google’s Maile Ohye is here to help with some useful tips. First and foremost, SEO isn’t black magic. She also points out that an SEO is only as good as the site they have to work with in terms of credibility and content. Google Webmasters

The Impact of Email List Segmentation on Engagement
Personalizing content in your emails by segmentation works, according to a new study from MailChimp. The study saw open rates increase by 14% where segmentation was used, and a whopping 101% increase in click through rate. MarketingProfs

Google Asked to Remove Over a Million Websites for Copyright Infringement
Google’s Transparency Report showed that the search engine recently hit a major milestone – they’ve been asked to remove one million domains from their search results and two billion individual URLs. Some of these are due to copyright infringement or illegal content, but others are due to personal preference of the reporting user. For the latter, Google has the option to deny the request. Search Engine Journal 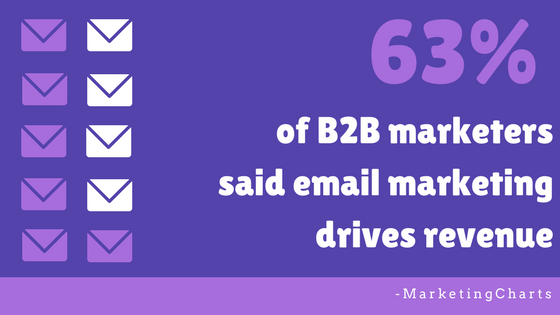 Get Ready for Pinners to Search Outside the Box
On February 8th, Pinterest announced Pinterest Lens (in Beta): “Pinterest Lens uses people’s mobile cameras to search for ideas using objects they see out in the real world. Just point Lens at a pair of shoes, and tap to see related styles.” Pinterest

Facebook’s Rolling Out a New Job Posting Option for Pages
Social Media Today reports: “This week, Facebook has confirmed that this new functionality is being rolled out to all business Pages, starting with North American-based organizations […] the workflow is fairly straightforward – when you want to advertise an open position, you click on the ‘Create Job’ option, which will be added to the new Page post options buttons.” Social Media Today

We’ll be back next week with more online marketing news! In the meantime, keep the conversation going on Twitter @toprank or drop a note in the comments.