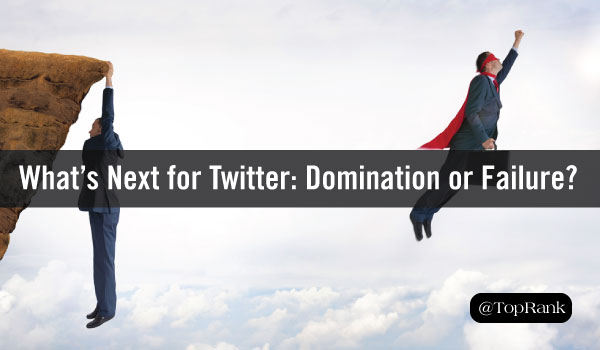 Despite recent improvements to user experience and platform flexibility, the struggle to retain and attract new users—and grow revenue—is still real for Twitter. And, unfortunately, these may be the least of the platform’s worries these days.

From widespread trolling and harassment to simply having a confusing interface, Twitter is drawing criticism for nearly every aspect of its operation. In addition, after shutting down Vine and cutting more than 300 jobs last fall, more fuel was added to the claims that Twitter was getting closer to death.

As an eternal optimist, I’m not ready to say Twitter’s fate is doomed. As WIRED’s Davey Alba said earlier this year, while Twitter may be a bit of a mess—it still has some real potential and value to offer.

“The thing is, in spite of its mess, there’s still a lot to value in Twitter,” Alba wrote. “No other social network has built up quite the same kind of cultural currency—and for good reason. Unlike other networks, Twitter’s influence is decentralized; it lies in its power users, the ones who use it to give voice to people and movements that may not have risen otherwise. Just look at how Twitter both took and pushed the pulse of the 2016 elections. Or how crises unfold on the platform. Or how social movements take hold.”

But I’m also a realist, so I have to acknowledge that Twitter has some serious work to do to remain viable and competitive. Currently, Twitter reports around 313 million monthly active users, but Statista had that number around 319 million at the end of 2016 and is now reporting 317 million as of January 2017. However, Snapchat, Instagram and Facebook come in with 301 million, 600 million and 1.86 billion monthly active users, respectively.

You’re probably thinking, how can Twitter avoid falling off a cliff? How can it quell discontent? How can it retain and attract new users? How does it breathe new life into its platform and business?

Well, I certainly don’t have all the answers here. I’m not an expert in business operations or product development—nor am I a clairvoyant with a crystal ball. However, as a confident marketer, I definitely see a couple opportunities.

Twitter is experiencing many of the same problems that other brands face in today’s digital world—increasing competition for audience attention, bad press and reviews, stagnant growth, and so on. Below are two opportunities I think Twitter, and any struggling brand, could take advantage.

#1 – Double-down on your core strengths.

For more than a decade, social media platforms have been looking for ways to set themselves apart from one another—something Twitter made clear right out of the gate. But as social media becomes increasingly ingrained in people’s daily lives, we’re now in a time where social platforms are balancing uniqueness with offering all the things. (Look no further than Facebook and Instagram’s new Snapchat-like features, or the rise of hashtags and mentioning capabilities across platforms.)

For Twitter to stay relevant, it’ll most certainly have to evolve its platform in some way to mimic the things that are working for the competition. But it shouldn’t lose sight of what sets it apart—nor its core strengths. And its core strength is the real-time format that allows users to be intimately engaged with what’s happening in the world and in their social circle.

The big takeaway for all: Define your core strengths, and use them to propel your business strategy and marketing efforts forward.

#2 – Embrace criticism—and address it in public.

Every company dreams of 100% customer or user satisfaction, but that’s rarely the case—even for the most successful and revered brands out there. And, these days, social media is often an easy place for people to air their grievances—an irony Twitter itself is intimately familiar with.

Generally speaking, Twitter is taking a pretty standard PR approach to addressing its shortcomings and user gripes, but it may not hurt to be a little more transparent about it all. Honesty and humility can go a long way.

The big takeaway for all: Use any negative feedback as an opportunity to show humility, understanding and your commitment to taking care of your users, customers and glaring issues.

As I said, I’m no psychic. But it appears that Twitter is making strides to address some nagging issues.

Last week, Twitter announced that usernames no longer count toward the 140-character limit in tweet replies—which allows users more room to say what they need to say, but still keeps its essence intact. In addition, in early February Twitter announced safety updates to address abusive accounts and content.

“We stand for freedom of expression and people being able to see all sides of any topic,” Twitter said in a release. “That’s put in jeopardy when abuse and harassment stifle and silence those voices. We won’t tolerate it and we’re launching new efforts to stop it.”

Twitter also retired its default profile image of an egg. The new default image is a human silhouette, which Recode said aims to encourage more people to upload pictures of themselves, and also move the brand away from an image that’s often associated with trolls.

Finally, news just broke there’s a campaign to turn Twitter into a user-owned cooperative. According to Business Insider, Twitter shareholders will vote on whether to investigate the proposal at its May 22 meeting. While Twitter is opposed to the plan, and it seems unlikely to move forward, it can’t be dismissed.

“It’s an interesting proposal—and underlines the discontent some shareholders feel with the ailing social network, which is struggling to grow or turn a profit,” the Business Insider article said.

The bottom line? Twitter is trying, but mostly treading water, and what its leaders do in the next year will likely determine whether the platform rises again or meets defeat.

What’s your take on Twitter’s future? Tell us in the comments section below.