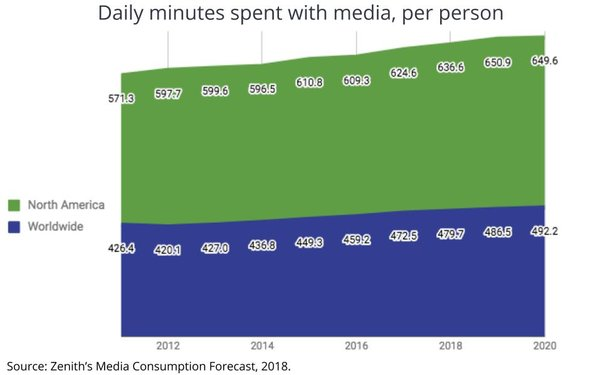 StumbleUpon Shuts Down After 16 Years
StumbleUpon announced that it will shutter its content discovery platform at the end of June, 2018, ending a 16-year run that saw over 40 million users link to some 60 billion Web locations, with user accounts now moving to Mix.com, co-founder Garrett Camp’s new discovery service. Search Engine Journal

Get Woke: Time Spent With Media Approaching Total Awake Time
The amount of time consumers spend with media daily is expected to eventually fill nearly every minute not spent sleeping, according to new forecast data from Publicis’ Zenith unit, with North America topping the rest of the world. MediaPost

Snapchat launches its first Lens that reacts to sound
Snapchat has rolled out its first image filter lens that reacts not only to visual input but also to sound, opening new avenues to marketers. Engadget

Quora launches native image ads globally
Quora has expanded its image ads for mobile and desktop worldwide, after tripling its advertising base since last year, announcing that the question-and-answer site now has over 1,000 ad partners. Marketing Land

Consumers Respond To #Hashtags, Not @Handles
Hashtags have been more effective than brand handle mentions among social media consumers, according to new report data from Digimind that also examines global marketing trends. MediaPost 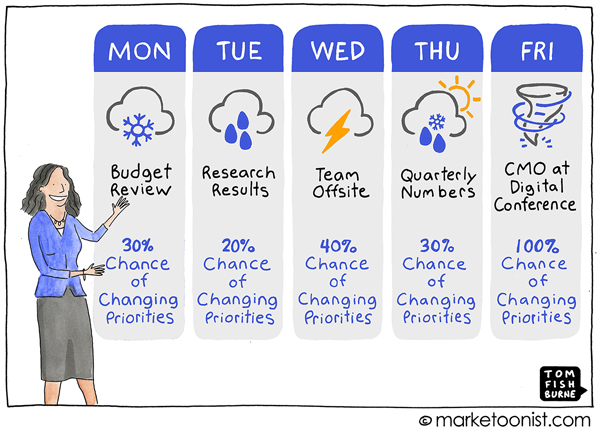 Here are some of the funniest reactions to GDPR — Recode

What Amazon would’ve looked like in the 1980s — Co.Design

We hope you’ll join us next week for a fresh look at the latest digital marketing news, and in the meantime you can follow us at @toprank on Twitter for even more timely daily news. Also, don’t miss the full video summary on our TopRank Marketing TV YouTube Channel.